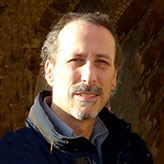 I was five years into graduate school for number theory and arithmetic geometry when Wiles announced the proof of Fermat's Last Theorem. It came out of the blue, nobody expected it, and it was so exicting. I finished the PhD in 1995 from UMCP.

When I was in graduate school and people would ask me what I do, I would just say we try to solve Fermat's Last Theorem. That was basically true, since FLT motivated so much of what I was studying. Now when people ask me why I left pure math, I say it's because Fermat's Last Theorem has been solved. I prefer that answer to the truth, which is that I just couldn't hang with the big boys.

It's hard to be at the top of your class all the way through school and then to hit the ceiling at the faculty level. But if I could do it all over again, I'd still do the PhD in number theory, because to me nothing could be more beautiful. It's really a privilege to have that knowledge. I thank Archimedes, Euclid, Fermat, Newton, Euler, Gauss, Riemann, Grothendieck and all the rest.

After graduating I spent a one year as visiting professor at Johns Hopkins under Kolyvagin. Then I changed field to Bioinformatics because of the opportunity to work at UPenn. I'm now faculty in the Genetics Dept at Upenn. But I never lost my love of number theory and I'm still trying to understand the proof of FLT before I die.

I've taken a nearly 20 year hiatus from pure math. So please don't say "how could somebody with a PhD in math ask such stupid questions?" I'm rusty, but I'm working to regain it. And I think this site is the greatest thing to happen to math since the invention of Arabic numerals. It would have been nice to have such a resource when I was in school. When I started learning math there was no such thing as a calculator, let alone the internet. I can't imagine what it's like to grow up now.

We respect a laser-like focus on one topic.