Along with Diophantus mathematics has been represented in form of poems often times. Bhaskara II composes in Lilavati:

Whilst making love a necklace broke.
A row of pearls mislaid.
One sixth fell to the floor.
One fifth upon the bed.
The young woman saved one third of them.
One tenth were caught by her lover.
If six pearls remained upon the string
How many pearls were there altogether?

Or to cite from modern examples: Poetry inspired by mathematics which includes Tom Apostol's Where are the zeros of Zeta of s? to be sung to to the tune of "Sweet Betsy from Pike". Or Tom Lehrer's derivative poem here.

Thus my motivation is to compile here a collection of poems that explain relatively obscure concepts. Rap culture welcome but only if it includes homological algebra or similar theory. (Please let us not degenerate it to memes...). Let us restrict it to only one poem by answer so as to others can vote on the richness of the concept.

This is a slightly more serious answer than the rest; apologies in advance. :-)

In the question you quoted a particular problem from Bhaskara's Lilavati, but it should be noted that all the problems in Lilavati, as well as all their solutions, and all the theorems, and all the algorithms, are also in the form of metrical poetry.

In fact, this is true of much of mathematics done in India for many centuries. There were many reasons: The tradition preferred oral transmission to written, and verse is easier to remember. Also, the tradition valued having things in your head over merely knowing where to look it up — and again, for keeping something in your head without relying on external references, verse is better. Etc. So these, at least, are reasons for storing (some) mathematics as poems.

For instance, I noted recently another problem from the Lilavati, which is in the enchanting mandākrānta metre of Sanskrit:

In a lake swarming with geese and cranes,
the tip of a bud of lotus was seen one span above the water.
Assaulted by the wind, it moved slowly,
and was submerged at a distance of two cubits.
O mathematician, find quickly the depth of the water.

(Yeah, you'll have to take my word that it sounds more beautiful in Sanskrit!)
(One cubit = 2 spans; this is just a quadratic equation.)

Outside the Indian tradition, one famous example that comes to mind is that when Tartaglia first came up with the method of solving a cubic equation, he left it at Cardano's house in the form of a poem (see here for translation and background):

To the tune of "The Barney Song/I Love You, You Love Me" (for an earlier generation, "This Old Man"):

Prof. Geoffrey K. Pullum's "Scooping the Loop Snooper: A proof that the Halting Problem is undecidable", in the style of Dr. Seuss.

Tom Lehrer, who studied and taught mathematics before becoming a singer-songwriter, wrote quite a number of songs about mathematics, many of which you can find on YouTube, such as Lobachevsky, New Math and There is a Delta for Every Epsilon.

The Klein Four also wrote a number of math songs, such as Finite Simple Group (of order two) and Three-Body Problem, which are more in keeping with the romantic touch of your example. Their web site seems to be somewhat dysfunctional and/or out of date; it purports to contain the lyrics for their songs but I wasn't able to access them; you'll find many of them on YouTube though.

I think that I shall never see
a graph more lovely than a tree.
A tree whose crucial property
is loop-free connectivity.
A tree that must be sure to span
so packet can reach every LAN.
First, the root must be selected.
By ID, it is elected.
Least-cost paths from root are traced.
In the tree, these paths are placed.
A mesh is made by folks like me,
then bridges find a spanning tree.

(from here, as linked from here)

Here is my version of Cayley's Theorem and proof in six lines, written during a group theory exam.

A group of finite mensuration
Conforms, by Cayley's invocation,
Unto a group of permutations

An element therein shall find
A rearrangement of its kind
And to it by its action bind.

Digits of $\pi$ by count of letters in each word. I actually learned "How I wish I could remember pi..." and still managed to learn 3.1415 9 (and I don't think I'm alone in that). Ironically I could have just typed in the first 20 digits of $\pi$ but I had to Google the mnemonic. 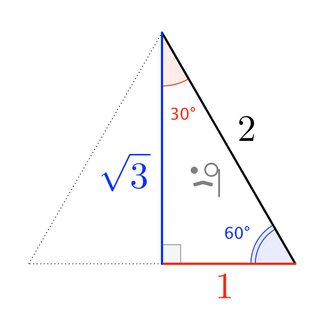 I am a merry model of a 30-60 Triangle
My ’potenuse, with length of 2,
is opposite my Right Angle.
My shorter leg is unity;
My longer: the square-root of three.
Triangles similar to me
have this proportionality.


Now, relatively speaking,
twice my Baby side’s my Poppa side;
While nearly seven-quarters
of the Baby makes my Momma side;
To get Mom’s length from Pop, the trick’s
To multiply point-eight-six-six
(Although it’s not exact, it fits
to four significant digits).


Re-checking all my measures,
is no complicated matter; I’ll
Remind you to regard me
half a side-2 Equilateral.
My angles then are obvious;
My shorter leg, as well, I trust;
Compute my third side, if you must,
by calling on Pythagoras.

Some citizens of Königsberg
Were walking on the strand
Beside the river Pregel
With its seven bridges spanned.

“O Euler, come and walk with us,”
Those burghers did beseech.
“We’ll roam the seven bridges o’er,
And pass but once by each.”

“It can’t be done,” thus Euler cried.
“Here comes the Q.E.D.
Your islands are but vertices
And four have odd degree.”

From Königsberg to König's book,
So runs the graphic tale,
And still it grows more colorful
In Michigan and Yale.

$S(0)$ is the loneliest number that you'll ever do

It's the loneliest number since the number $S(0)$

Irving Kaplansky wrong a song about $\pi$ (a video of his daughter singing it):

Source for this information here.

There's this gem from Cambridge University's Eureka magazine (I don't remember which issue, but I was there in 1982, so it's at least that old):

A fragment of a poem by Lewis Carroll that has always stuck in my mind:

The question requested poems. The following is an excerpt from The Mathematician's Drinking Song, which is in fact a poem.

Chorus:
We drink to mathematics, upon whose structure lies
The physics of both space and time, and why the butter flies.
We drink our coffee every day, and nightly quaff down beer,
The postulate and axioms come out as theorems here.

Evariste Galois did write the theory of the group,
And toasted the King just before the course of soup.
When at my age, he'd been laid to rest a dozen years or more,
So unto Algebra I drink this next drink I pour.

Riemann said that parallels need not exist in space.
Lobachevsky said that two or more could be in place.
The axioms of Euclid, which give us only one,
Cannot describe the space near bodies like the sun!

Cantor showed that aleph null can count the integers.
And aleph one the reals, and aleph two the curves.
For aleph three or more, we've got no use at all.
So let us sing of aleph one beer bottles on the wall.

Banach, Tarski and Sierpinski were a group of Poles,
Creators of pathologies, like gaskets full of holes!
"If you cut a sphere just so, from one you shall make two!"
(To comprehend this proof you need another pint of brew).

The saga of mathematics has not yet in full been told.
The story, it goes on and on, it's six millenia old.
And yet I fear this song, has gone on long enough.
So take my glass and fill it with some drinkable stuff....

Songs for Calculus by Mrs Lois Goldstein (available on Google docs) has many songs set to well-known tunes, e.g. one on the Mean Value Theorem set to From The Halls of Montezuma.

Let's not forget Steve Sawin of Fairfield University, who has a rap song proving the Heine-Borel theorem. The production value on the album could be better, but there's no denying its spirit:

(He also has another one on Perelman's proof of the Poincaré conjecture, and it's startling to see mathematics being discussed in Youtube comments.)

Not the answer you're looking for? Browse other questions tagged soft-question big-list popular-math or ask your own question.