Converting the NFA produced from the language $a^nb^n : n\geq 0$ to a DFA to show its regular? Leading to question about pumping lemma.

I am reading about the pumping lemma, and having a hard time understanding it. I noticed that it is used to prove a language is not regular by contradiction. So you must first prove that a language in not regular by defying one of the rules that makes a language regular.

I then remembered, and am now questioning, the idea that you can convert any NFA to a DFA (thus making $a^nb^n : n\geq 0$ regular somehow, thus disproving what people who know what they are talking about). I tried to work it out on paper, and have managed to "do it" but I would figure this is wrong. 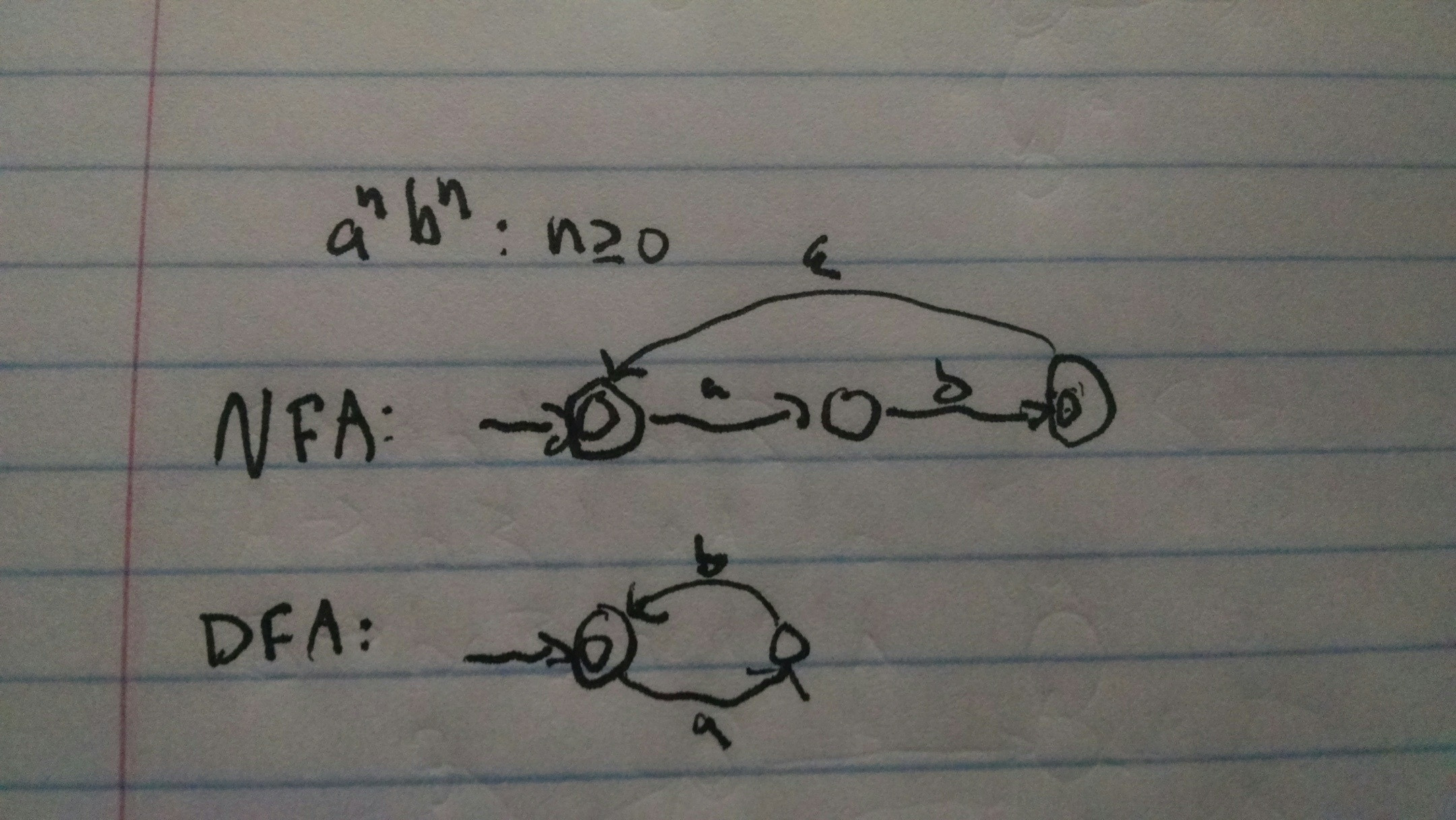 I would figure that if that was properly done then the number of states produced by the NFA when converting is infinite as a result of following epsilon transitions. Thus it is convertible but it creates infinite states as a DFA? Which violates the law that it is not rational, it has infinite states?...

If that is the case then does the pumping lemma state that if I can create a " uncontrollable pumpable" string within the language then I will have infinite states, thus not regular.

But if $m,n $ have not any relation then it will be regular language and it could be read as string with any number of $a$ followed by any number of $b$.

For your knowledge let's take an example,

Not the answer you're looking for? Browse other questions tagged automata or ask your own question.