which is the square root of a negative number, which isn't allowed. What do you do in this case? I know there are other methods, i.e. factorisation and completing the square, but does this mean that this formula can only be used in specialised cases or have i gone wrong somewhere along the path?

The other answers are nice, so I won't reiterate them. It's worth pointing out, though, that when you say "I know there are other methods, i.e. factorisation and completing the square, but does this mean that this formula can only be used in specialised cases", you seem to be implying that these other methods might yield different results.

This isn't the case. If the quadratic formula fails to give you real-valued answers, then the other two methods (and every applicable method) will also fail, because the quadratic polynomial itself simply doesn't have any real-valued roots.

You can visualize this easily: as you may know, the graph of a quadratic polynomial is a parabola, and the real roots of a polynomial correspond to its graphs' zeros, i.e. points where the graph crosses the $x$-axis. So if you imagine a parabola with its vertex above the $x$-axis and opening upwards, you can see that it will never cross the $x$-axis -- it has no real zeros at all! 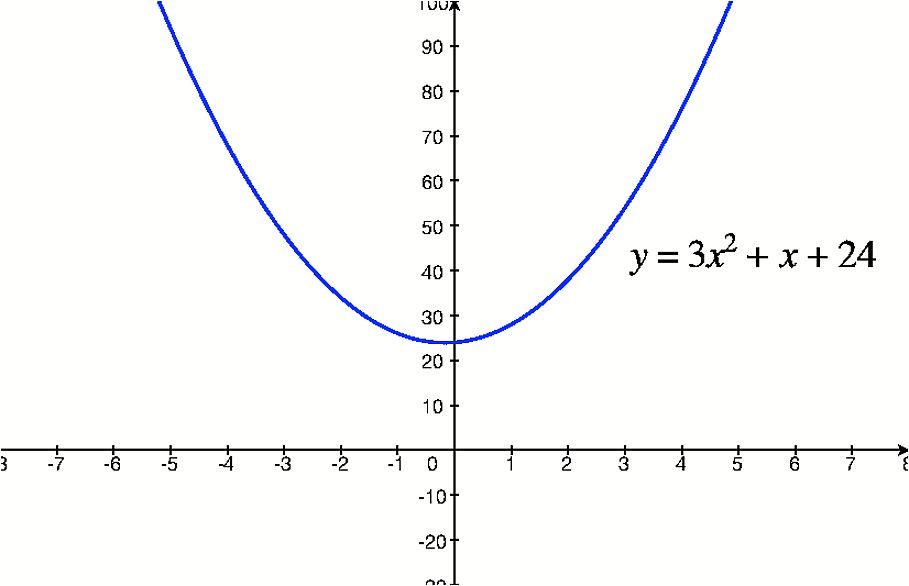 Why isn't taking the square root of a negative number allowed?

Lastly (since it seems as though this may be one of your first introductions to complex numbers) let me clarify something that confuses my students greatly: don't let the words "real" and "imaginary" mislead you into thinking that real numbers are somehow genuine or actual and imaginary numbers are somehow fake.

Just as a "negative" number isn't sad, cynical, or irritated, and just as an "irrational" number hasn't lost its mind, "real" and "imaginary" are technical terms, and not meant to carry with them their English connotations. Although they earned those names due to prior misunderstandings about numbers, today we know that imaginary numbers are just as actual and valid as real numbers, and in fact complex (not "complicated") numbers have huge real-world applications and consequences.

This requirement is sometimes very desirable, and there are certainly contexts in which you will want to impose it. But you should understand that imposing this requirement is a choice that you make because it fits the context of the problems you're working on. It's not divine law. If you find yourself in a situation in which you would like to take the square root of a negative number and produce the corresponding imaginary number, you are definitely "allowed" to do so.

Then $\sqrt{-287}=\sqrt{287}i$, and we can solve as per the general quadratic formula. Numbers of the form $a+bi$ are known as complex numbers and are extremely useful.

In general the term $b^2-4ac$ is known as the discriminant of the quadratic equation. It should be clear that if $b^2-4ac>0$ there exists two real solutions, if $b^2-4ac=0$ there is one solution (the repeated root) and if $$b^2-4ac \lt 0$$ there are two complex solutions.

The quadratic formula is the most general way to solve the quadratic equation - so you are doing the right thing.

12
imaginary numbers - how can I understand them - especially as they occur in 'roots' of polynomials?