Prove that circumference of circle with radius $r$ is $2r\pi$

Prove that circumference of circle with radius $r$ is $2r\pi$.

Your approach does work, but there's an easier way.

The perimeter of an $n$-gon inscribed in a circle of radius $r$ is: $$P=2nr\sin\frac\pi n$$ Since "circles are regular polygons with an infinite number of sides" (more precisely: The perimeter of a circle is equal to the limit of the perimeter of $n$-gons as $n\to\infty$), you can just take the limit.

(Technically, that last sentence requires proof, but it shouldn't be too hard... in any case, it's intuitively obvious.)

However, when you evaluated the limit, you used the fact that $\sin'(x)=\cos(x)$. The proof of that, however, requires knowing that an angle in radians is equal to the arc length of a unit circle. (That is, in this photo, $s=\theta$ when $r=1$.)

Another approach [based on intuition]: 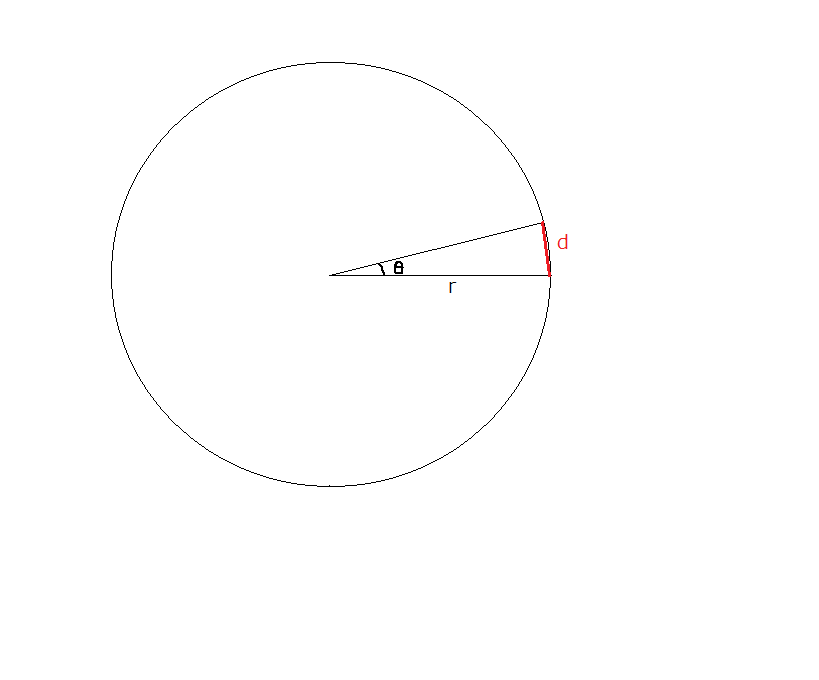 As known in geometry, for infinitely small angles $sin\theta = \theta$

Again by intuition, the circumference of the circle is the sum of $d$'s for $2\pi$

5
Kind of a proof for the circumference of a circle?