Does the zeroth root exist?

Division is how many times you can subtract a certain divisor from the dividend before it becomes negative.

For $n=0$, the operation $x \mapsto x^0$ is not invertible, since it is a constant function.

If we reform this, it could be represented as $X^{\frac{1}{0}}$, so when used in standard functional mathematics, it would be undefined, because $\frac{1}{0}$ is undefined.

However, if used in the calculation of a limit and the function reduces to this form after substitution, I'd think this would be considered an indeterminate form, because not enough information is given to determine the original limit. It could be any number. It would end up then looking like $1^\infty$, which would itself be an indeterminate form.

We can look for the value of zeroth root of 2 using limits.

Using trusty WolframAlpha to do this for us we arrive at the conclusion that the limit of 2^(1\n) as n approaches 0 is either 0 or infinity depending on the direction from which we arrive to 0 which means that the zeroth root is undefined. 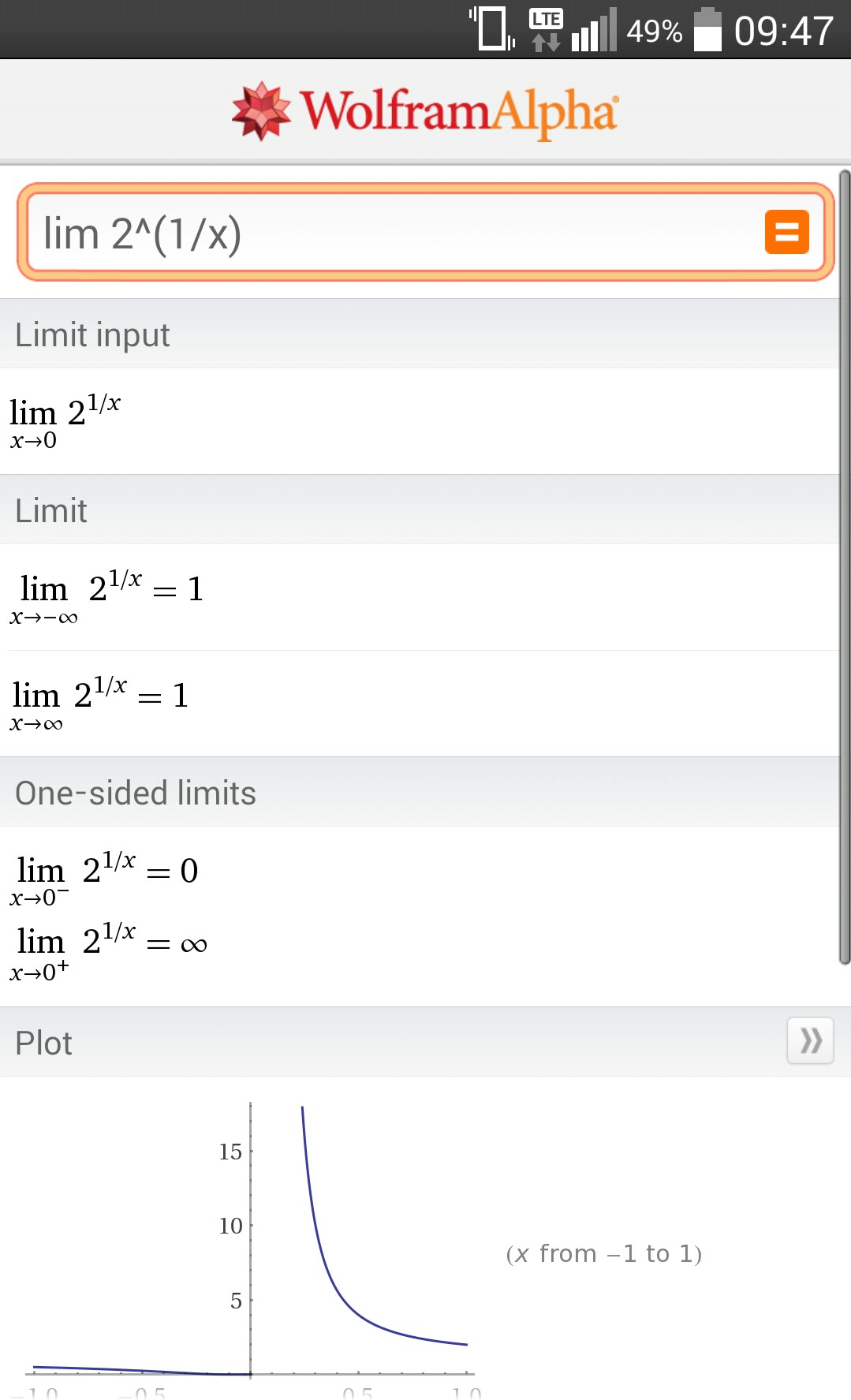 Not the answer you're looking for? Browse other questions tagged arithmetic or ask your own question.

6
Significant digits
6
Why does the method to find out log and cube roots work?
3
Division misconception
3
the relationship of subtraction and division
44
What are the formal names of operands and results for basic operations?
3
Why does dividing by zero give us no answer whatsoever?
2
dividing polynomials using long division
1
Order Of Operation- Does the order matter..
6
Can roots be thought of as a repeated arithmetic operation?
1
What is the process/algorithm for extracting the nth root of x (x and n are integers)?