Is there a similar definition of determinant for a linear transformation $T:V\rightarrow W$, where $V,W$ are finite-dimensional vector spaces with the same dimension?

I originally wrote this as a comment, but now I think it should maybe be an answer, so here goes.

I would argue that no (reasonable) such definition is possible. Admittedly, this is a bold claim, and maybe somebody could produce a definition I would be happy with. But my reason for the claim is that if you do the "natural" thing, i.e. write down a matrix for $T$ with respect to a basis $\mathcal{B}_1$ of $V$ and a basis $\mathcal{B}_2$ of $W$ and then take its determinant, then the answer depends on these choices. Thus what you have defined is not a property of the map $T$.

If you fix an isomorphism $\varphi\colon V\to W$, then you could take the determinant of $(T,\varphi)$ by picking a basis $\mathcal{B}$ for $V$ and taking the determinant of the matrix of $T$ with respect to $\mathcal{B}$ and $\varphi(\mathcal{B})$ as Yiorgos suggests - this doesn't depend on $\mathcal{B}$ for the same reason as in the $V\to V$ case, but it does depend on $\varphi$. In fact, this is essentially what you do in the $V=W$ case, but there there is a canonical choice of $\varphi$, namely the identity map on $V$. For two non-equal vector spaces of the same dimension, there is no such preferred isomorphism.

You can define it either

Yes there is , I think you should have studied this first.

Reference for more details is Linear algebra by friedberg, insel and spence section $2.2$. Here is one important Image... 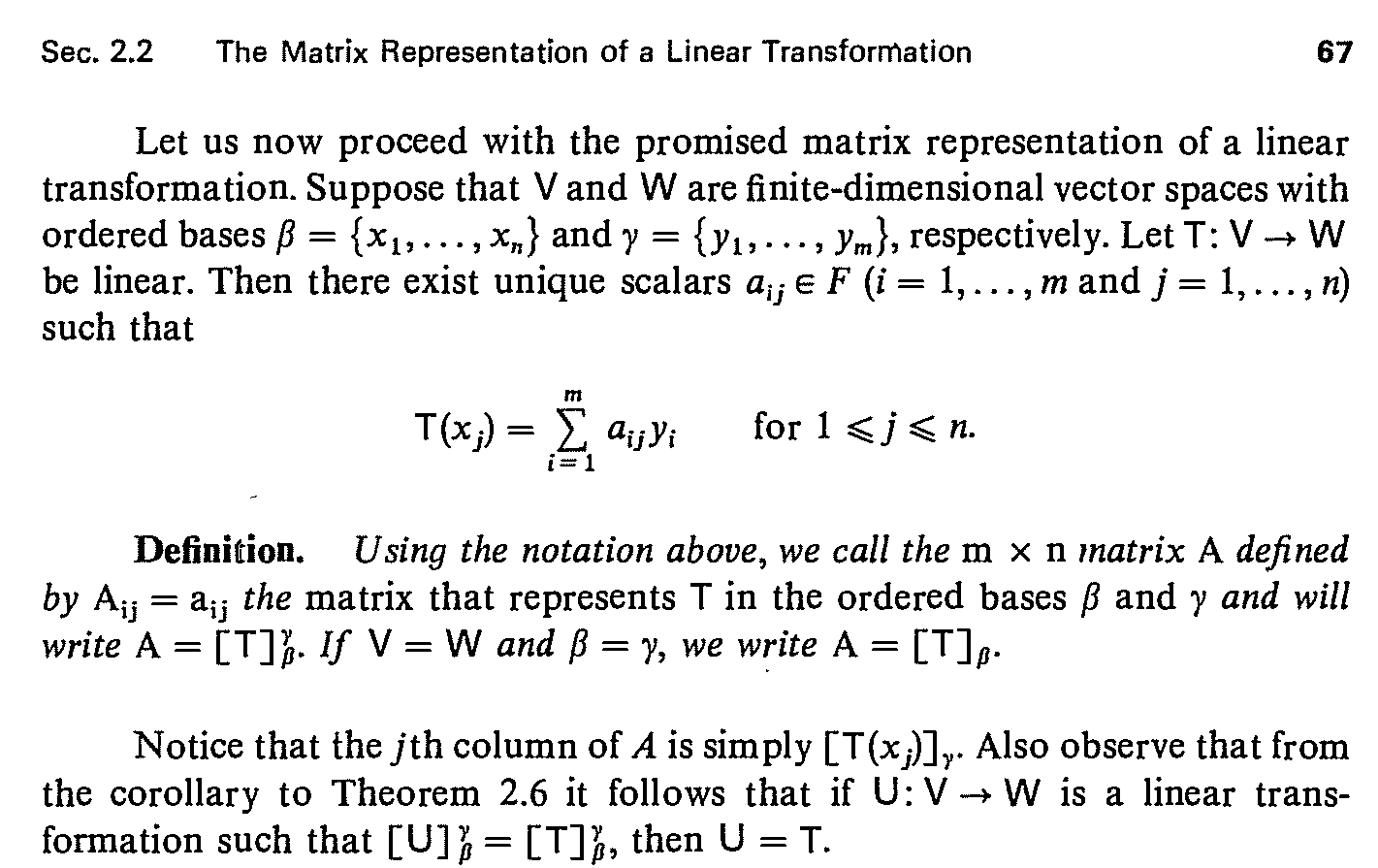 Not the answer you're looking for? Browse other questions tagged linear-algebra matrices vector-spaces determinant linear-transformations or ask your own question.