Textbook is Ben-Ari's Mathematical Logic for Computer Science. This question is taken directly from the homework that my professor assigned, not from the textbook. Definitions of interpretations and Sub are from the textbook. 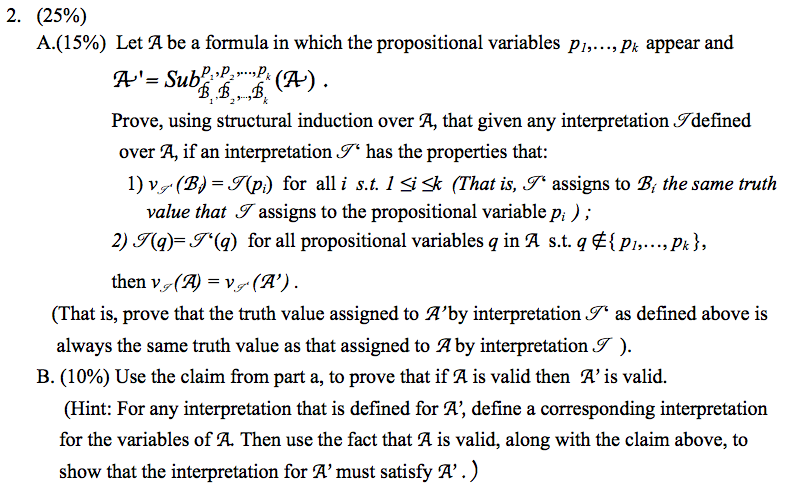 I'm just lost at how to tackle this. First of all I don't really understand what the question is saying, especially the A. 2) part with the I'.

My attempt which is probably wrong: 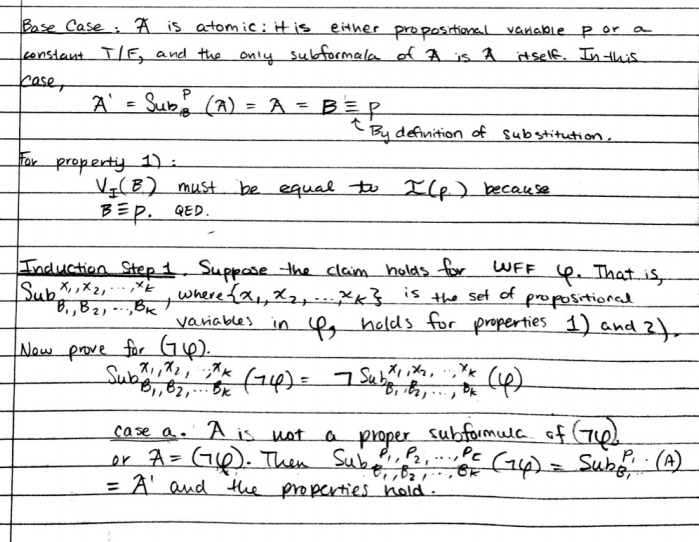 It is useful to consider some simple cases.

Consider for simplicity the case without clause (2), i.e. a formula like :

and consider a formula $\mathcal B_1$.

What we want to prove is that :

And this holds because we have :

The induction step must be performed for all the connectives of the language : $\lnot, \land, \lor$.

We assume as induction hypotheses that the property holds for the $\mathcal A_i$'s [which, of course, being subformulae of $\mathcal A$, have less occurrences of connectives than $\mathcal A$] and we use the "mechanism" above to conclude that it holds also for $\mathcal A$.

The successive step is to consider also the other propositional letters $q \notin \{ p_1, \ldots, p_k \}$.

Not the answer you're looking for? Browse other questions tagged logic induction propositional-calculus or ask your own question.