An intuitive explanation of the Taylor expansion

Could you provide a geometric explanation of the Taylor series expansion? 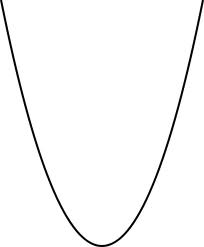 Since the sine curve has so many turning points it is easy to see that to match all of the features of the sine curve we will need to take the limit of the $n^{th}$ degree Taylor polynomial as $n \rightarrow \infty$.*

That's the intuition behind the Taylor series. The higher the degree, the better the "fit." Why? Because higher degree curve have more "turning points" so they can better match the shape of things like the sine function. (As long as the function we are approximating is differentiable.)

*Side note: A function may have only a few turning points and still need infinitely many terms of the Taylor polynomial. Take the catenary, for example, which only has one turning point since it looks like a parabola. The Taylor series for the catenary will not have any terms where the coefficients are zero, since the derivatives of the catenary are hyperbolic sinusoidal functions.

But, even with the catenary, higher degree polynomials give a better approximation.

I give it a try: If you want to know where you will be in x time driving a car you can find out by separating the different components: position at the moment, speed, acceleration, jolt and so on and add them all together.

Think of a Taylor series not as one entity but as a sequence of approximations.

Next you add a term to account for the change in the curvature, etc.

A Taylor expansion of a function $f$ around some value $x_0$ is similar to a prediction of the function at a neighboring value $x$ knowing progressively more about the variation of $f$ at the point $x_0$.

The next step give a generalization of this predictions for higher derivatives. The different forms give bounds to the error or more knowledge of the residual.

Performing an $n$-th finite Taylor expansion can be thought of as making the approximation that the function's $n$-th derivative is constant.

Try it yourself: let $f$ be a $n$ times differentiable function whose $n$-th derivative is constant, and suppose you know the values of $f^{(i)}(0)$, $0\leq i\leq n$. By integrating repeatedly, you'll find that this uniquely determines $f$ and produces the formula for a Taylor's expansion.

Intuitively, I find it plausible that neglecting higher order derivatives of a function shouldn't cause too large of an error. Taylor's theorem confirms this intuition.

We are approximating a function by polynomials at a point.As a first approximation, we give a give polynomial whose value at that point is same as the functions. In the second step, we make the first derivative equal too. In the third step,the second derivative is made equal and so on...

Not the answer you're looking for? Browse other questions tagged intuition taylor-expansion or ask your own question.

76
Simplest proof of Taylor's theorem
2
What is this series called? $\frac{x^1}{1!}-\frac{x^3}{3!}+\frac{x^5}{5!}-\frac{x^7}{7!} \dots \pm \frac{x^n}{n!}$
4
Graphical interpretation of infinite power series?
5
Intuition behind Taylor/Maclaurin Series
0
geometric interpretation of Taylor's theorem
0
What is the justification for taylor series for functions with one or no critical points?
1
Intuition behind Taylor's Theorem