In the problem below algebra of sets is being evaluated, Venn diagrams are allowed.

There's a Modern Languages reading exam where 200 students are being evaluated. The exam content is in French, Spanish and English and the results were as follows:

So, in order to give a solution to the problem I tried to represent the number of students by using a Venn diagram which I'm not certain wheter it's correct or not. 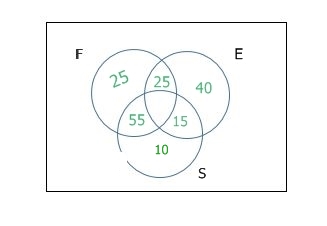 Based on the numbers above, I could say the answers for question 1 and question 2 are: 15 students and 25 students, which seems logical but indeed any algebra has been applied which certainly would back up the answer (just in case). Would anyone be so kind of giving me a hand on this matter? Any help would be welcomed.

The Venn diagram is more useful for formulating the problem than solving it. 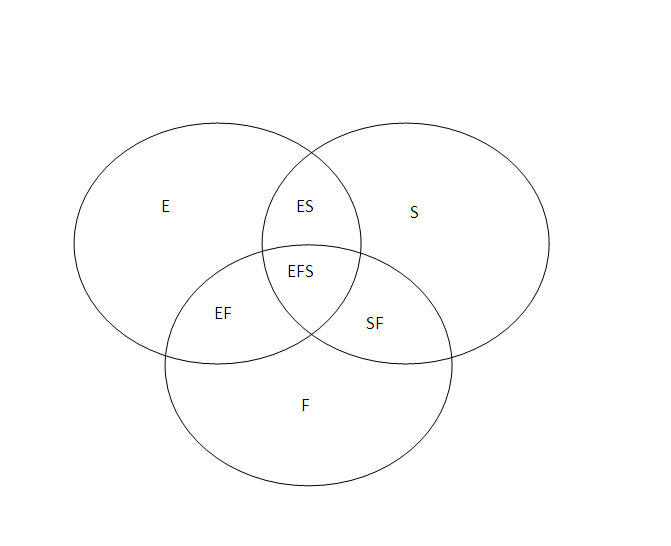 Not the answer you're looking for? Browse other questions tagged elementary-set-theory discrete-mathematics inclusion-exclusion or ask your own question.