Arithmetic mean. Why does it work?

I've been using the formula for the arithmetic mean all my life, but I'm not sure why it works.

My current intuition is this one:

The arithmetic mean is a number that when multiplied by the number of elements, gives you the sum of all the elements. Because of this fact, it can't be more than the maximum nor less than the minimum, and it should be located somewhat around the center.

But I was wondering if there are other intuitions out there? Why does this formula work? If in passing you could talk about the weighted average as well, that would be nice too.

The simplest way to explain arithmetic mean is in terms of "equal sharing":

Abe has 12 cookies, Brianna has 8 cookies, and Chuck has 7 cookies. If they were to redistribute them so that they all have the same amount, how many would each get?

Obviously the way you answer this question is to find the total amount of cookies ($12 + 8 + 7 = 27$) and then divide the cookies among the three people ($27/3 = 9$). That's precisely what the computation of arithmetic mean does.

Is that what you're looking for?

Here's another viewpoint that might help. We would like to find some number $N$ that is in the "middle" of the set $ \{12, 8, 7 \}$ (using the same numbers from the example above). What does "in the middle" mean? Well, one way to interpret this vague phrase is to imagine that we already had such an $N$ in hand, and we compute the three quantities $12-N, 8-N,7-N$. These three quantities tell us how far $N$ is from each of three pieces of information -- call these the "deviations".

Let's translate that now into a computation. We want to find $N$ such that $$(12-N) + (8-N) + (7-N) = 0$$ If you now think about what it would take to solve this equation, you will quickly realize that you end up adding the three numbers in your dataset together and then dividing by 3.

Let's take a step back. Forget you ever learned about the arithmetic mean.

Let's say you have a list of numbers. A natural question is: what is the center of this list?
To answer that, you have to ask yourself: what is a "center" in the first place?
Why, for example, is 9 not the center of the numbers {1, 2, 4, 8}?

If you think about it for a while, you will realize that the center of a list of numbers it the number $\bar x$ whose total distance from the all the numbers $x_k$ in the list is minimum.
So that means you want to minimize $\sum_k \lVert x_k - \bar x \rVert$.

But how do you define $\lVert x \rVert$? A natural definition is $|x|$.
When you define it like that, you get $\bar x = $ the median. Why? Try a simple example on a piece of paper to see it visually -- the left and right side penalties cancel at the median: 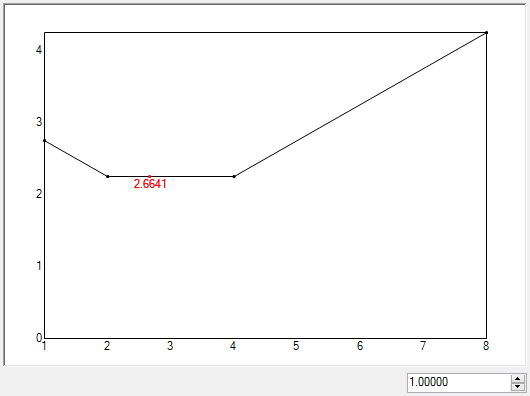 Also notice that when there are an even number of elements, any element in the interval that holds the two middle elements is "a median". However, by taking an upper limit, you can find a single value rather than an interval -- which in this case is 8/3. 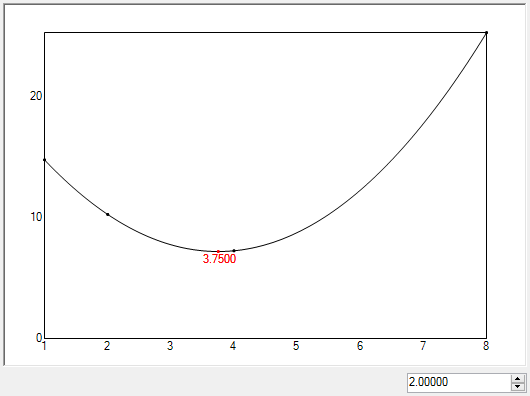 Notice this is exactly the arithmetic mean?

This is exactly why the arithmetic mean is a poor measure of central tendency.

It penalizes for deviations quadratically rather than linearly.
However, it's easy to compute (try the same thing for the median to see what I mean), and has the nice property that (by definition) multiplying it by $n$ gives you the total sum.
So people use it anyway, even when it's not the right choice.
But when is it the right choice?
It's the right choice when you're looking for the "average" dependent variable rather than the "average" independent variable, so to speak.
For example, if you're looking at the wealth of the average person, then you need to look at the median wealth. This is -- by definition -- useful for understanding how wealthy the average person is. But if you're trying to understand what's happening to the wealth itself rather than the people -- i.e., you want to know the average wealth of a person -- then you need to look at the mean wealth. 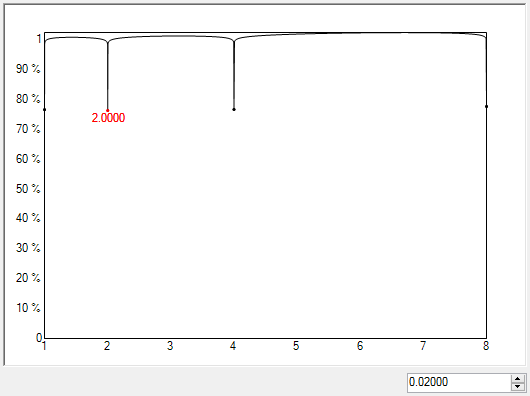 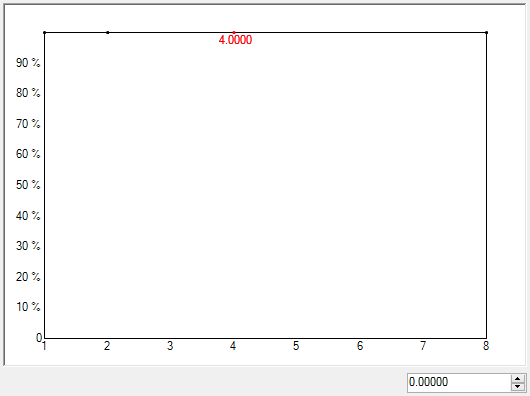 What if we try $\lVert x \rVert = |x|^\infty$? In this case we get back the midpoint -- that is, the average of the minimum and the maximum values (again, we have to take a limit to see what happens): 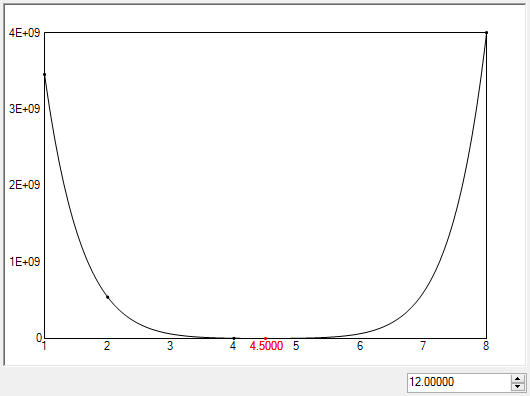 It should make sense why all of these are said to measure "central tendency". :)

Graph of the Arithmetic, Geometric and Harmonic Means 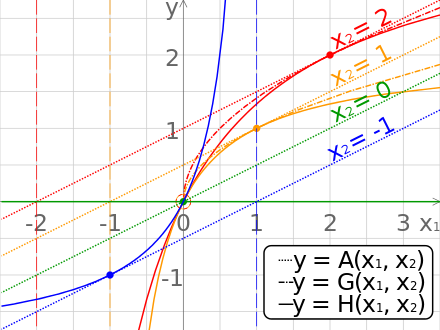 The Arithmetic and Geometric Mean within a Semi Circle 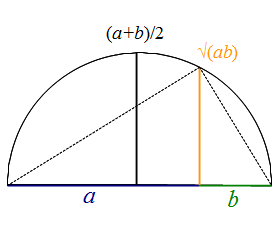 The simplest idea behind it might be an answer to the question "if everyone had an equal share, how much would they have?"

The etymology of the word 'average' suggests this sharing is the fundamental idea, since it came to have its current mathematical meaning from calculating each party's share of the loss when cargo was damaged/lost at sea. The idea of general average describes the process of distributing the value of a maritime loss in proportion to one's cargo at risk. So this involves a weighted average calculation.

So the fact that the average times the number of elements equals the total, was the original motivation for it's calculation.

Well, it's a mean, so it's value is between the min and max, it's analytically very nice (differentiable, etc.), and it's reasonably easy to compute quickly and accurately (see Kahan).

Also, it is friendly and slow to anger, unlike some mean means.

Average is single measure of a collection of things, a single overview of the data we have. like in the case, if me and my three friends go in search for apples in the woods and we get back with 4,3,4 and 5 apples. And we now determine to share it among us we'd definitely take an average, meaning sum the quantities and divide among four of us. then we will all have 4 apples per person.

10
What is the intuition behind the formula for the average?
2
Why arithmetic mean gives the closest number in a data set?
11
Proving the AM-GM inequality for 2 numbers $\sqrt{xy}\le\frac{x+y}2$
9
What is the average?
1
Formulation and computation of "the" unique median of an even-sized list

9
How do you estimate the mean of a Poisson distribution from data?
1
Confusion on how to calculate mean value
10
Intuition behind the Geometric Mean
8
What are the different types of "averages" and when to use each one?
2
Given array of numbers $n$, what is the probability that at least k elements will have smaller value than arithmetic average?
0
Multiplying two numbers is the average squared minus sum of odd numbers of k equal average minus smallest number. Why?
1
average proportions over time