What's the difference between the different types of poles, zeroes and singularities in complex analysis?

I am trying to get an understanding on the difference between the different types of poles, zeroes and singularities in complex analysis and how to identify them. When is it a removable singularity, and why? When is it a simple pole? etc. So far I am having trouble with this, and would greatly appreciate some suggested ways of thinking/methods when trying to identify them.

I don't really have an example, as I just generally want to learn and understand it.

In complex variables class, they teach you to use the Laurent series for this

If the negative part of the series goes on forever, you have an essential singularity. Functions behave very badly in the neighborhood of such a singularity. $$ \sum_{n=-\infty}^{\infty} a_n (z-z_0)^n $$

In addition to poles and essential singularities, there are singularities which are in the shape of a line, like a branch cut.

This is how poles of different order looks like. If you are not sure, you can just plot it. 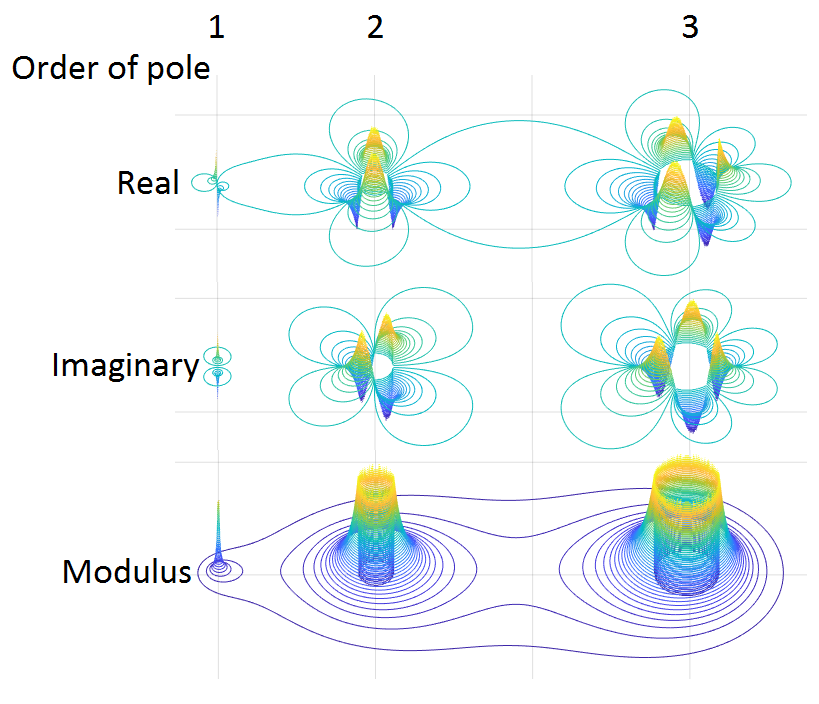 Here is an illustration:

Just in case you are interested in my MATLAB code: 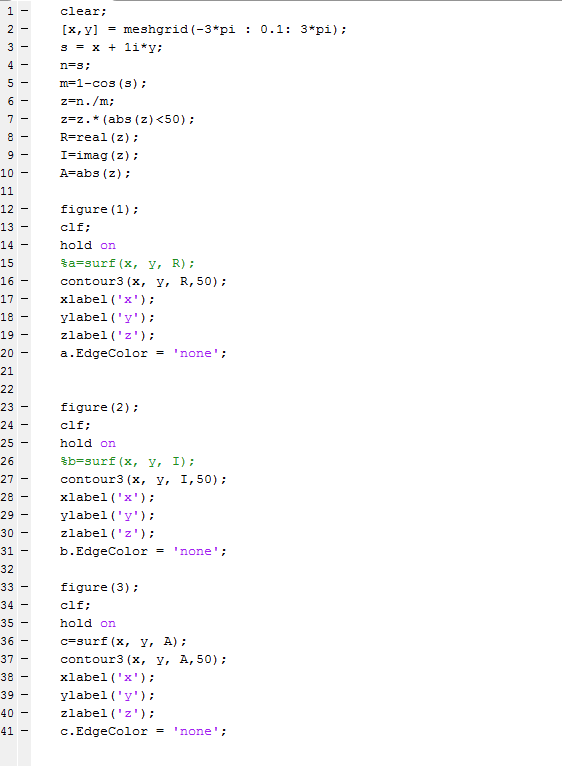