I'm looking for an equation that satisfies these conditions:

For an input value of P, the closest I have gotten was this:

That formula satisfies the first and last input, and comes close to satisfying the middle requirement by producing the value $58.18....$

I'm looking for this formula because I believe it would help me to solve a larger problem - which I will describe. Suppose you have a truncated octagonal pyramid. 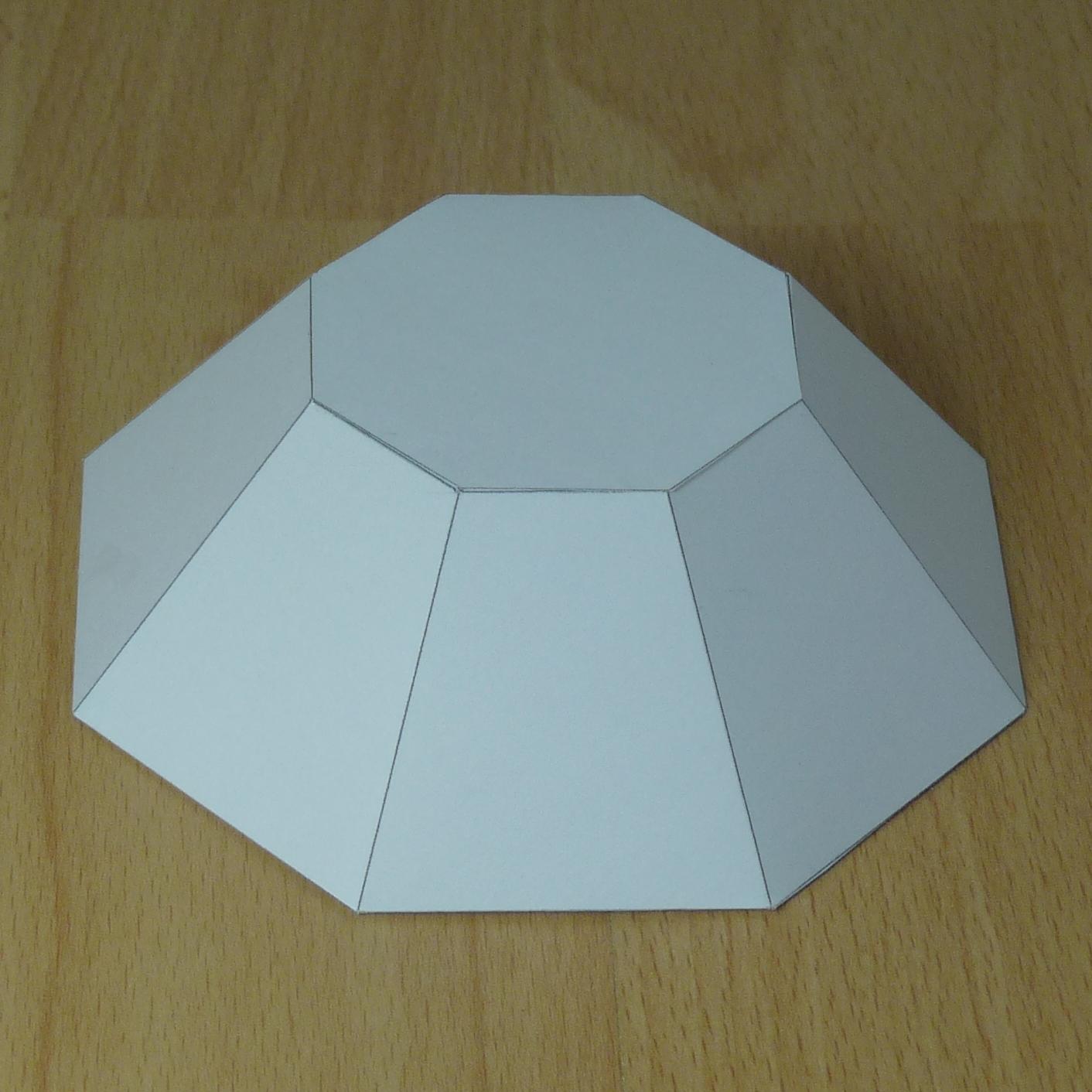 Depending on the angle of pitch of the pyramid, the base corners of the four trapezoids will have an angle that ranges from $45^\circ$ to $90^\circ$.

Between those two extremes, when the four rectangular faces of the pyramid are at a $45^\circ$ angle to the ground, the base corners of the trapezoids presumably have a $60^\circ$ angle.

Thus for any position between those extremes, I would like to accurately compute the base angles of the trapezoids. Based on the angle the rectangles form with the ground, this information could be used to determine mitre-cuts of the trapezoids so that they fit properly into the structure. I only mention that because I am in fact trying to build something. :)

I don't think the equation you seek is so simple, although I am likely not seeing some $\cos^{-1}(\;)$ simplification. I computed the trapezoid base corner angle $\tau$ as a function of the angle $\theta$ of the "pitch of the pyramid," as you call it. I get this: 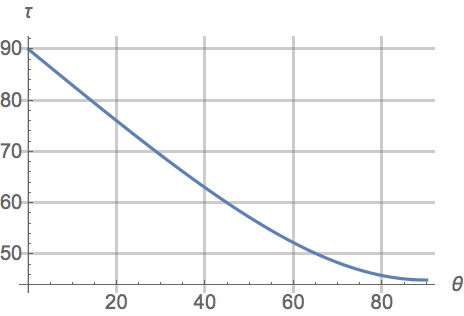 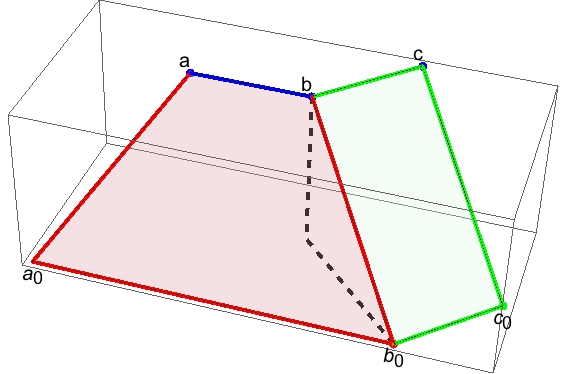 1
How to explain why this method of slicing a solid to find volume fails?
2
Measuring angles in a prism
4
given an altitude and a viewing angle how do I determine the distance of the viewing area
1
How to preserve perspective of 3D image while altering “pitch” and “bearing”
0
Finding the Lengths of Two unknown squares
2
Center of mass of a pyramid
0
Alternative methods for deriving the internal angle in a tetrahedron.