What is the origin of "how the Japanese multiply" / line multiplication?

A few months ago I made a video about a way to multiply numbers using lines (here) and it got really popular.

I had heard about this trick before and I wanted to trace its origins. It seems to me to be quite different from other ancient methods like the abacus, Napier's bones/lattice multiplication, or even anything in Vedic mathematics. I have never seen this method in any math history book I've read, and documents about ancient multiplication methods do not mention this method either.

I did an extensive web search and also searched Google Scholar and Google Books. People have called it Chinese stick multiplication or how the Japanese multiply without source. I could not verify this method is actually taught in China or Japan.

The earliest reference I can find is a YouTube video dated Nov 22, 2006. I suspect this is not the original source as many people have pirated this video and uploaded it to their channel.

Does anyone know where multiplying by lines originated? Any suggestions or references to earlier than 2007 would be much, much appreciated. Thanks.

For those that cannot watch the videos, the method is a visual kind of "lattice multiplication" and/or distributive multiplication with grouping of units, tens, hundreds, etc. Here is an example: 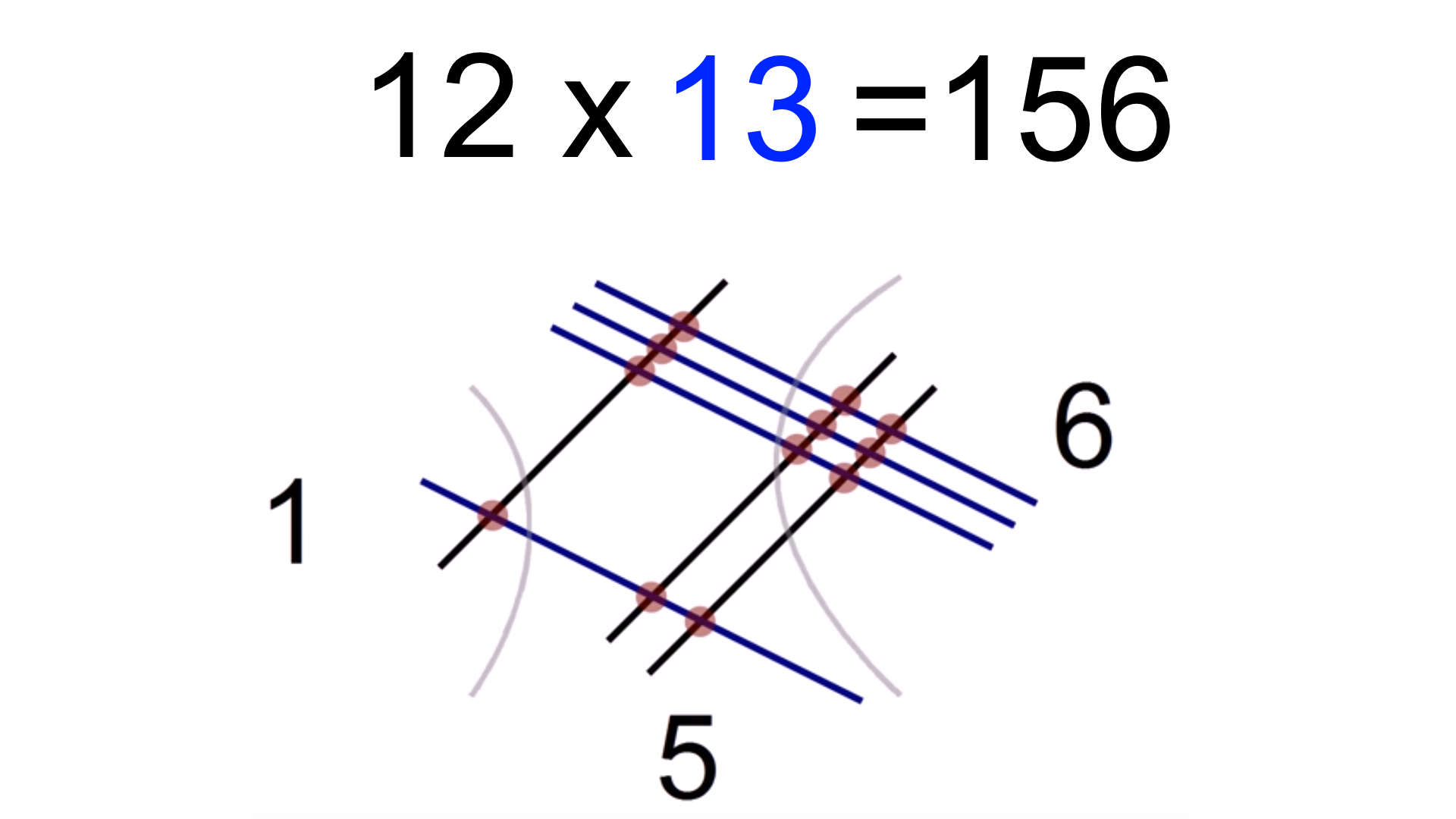 The number 12 is drawn as 1 line, then with some space 2 lines. The number 13 is drawn as 1 blue line, and then with some space 3 blue lines. The dots represent multiplications of the lines, and they vertically align nicely into columns. The number of dots in each column can be read as the answer. The method can be extended to include "carrying over" if the dots in a column exceed 10, and there are other extensions I came up with like complex multiplication, other number bases, and using a line for "zero."

Browse other questions tagged math-history or ask your own question.

21
Where does the "Visual Multiplication" technique originate from?