problem about Circumscribed circle of triangle 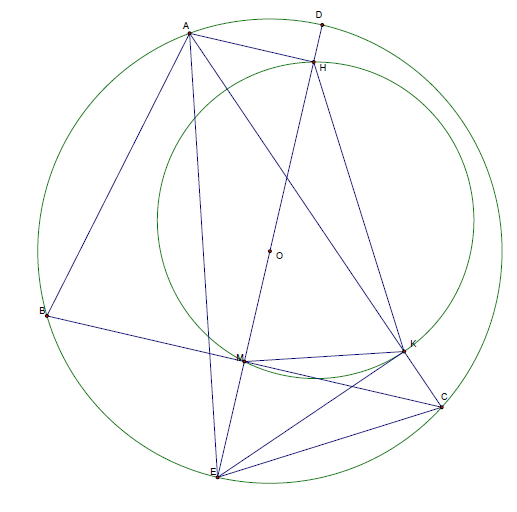 And i stuck here.

1
Prove that PQ is parallel to EF.
2
Difficult elementary triangle problem
1
Inversive geometry with regard to circumscribed circle of a triangle
1
Double Angle in Circumscribed Triangle
0
Rhombus of an excircle of triangle BCD, with CD goes through a point on another circle
3
Length of a tangent segment to the vertex of the circumscribed angle
3
Show that angles are equal in a circumscribed circle
1
$\triangle ABC$ and a circle $k(O; d=AB)$
0
Question on convex quadrilateral
1
Incircle Excircle problem of a triangle