The locus of centre of circle tangent to two given circles

What is the locus of the centre of circles that are tangent to two given circles?

I had no idea how to approach the problem so I considered a special case, namely one in which the two circles were equal. The answer was simple enough due to the symmetry of the situation: the line through their points of intersection.

Then I considered another case, when the two given circles were unequal but tangent to each other. I made a sketch in GeoGebra. 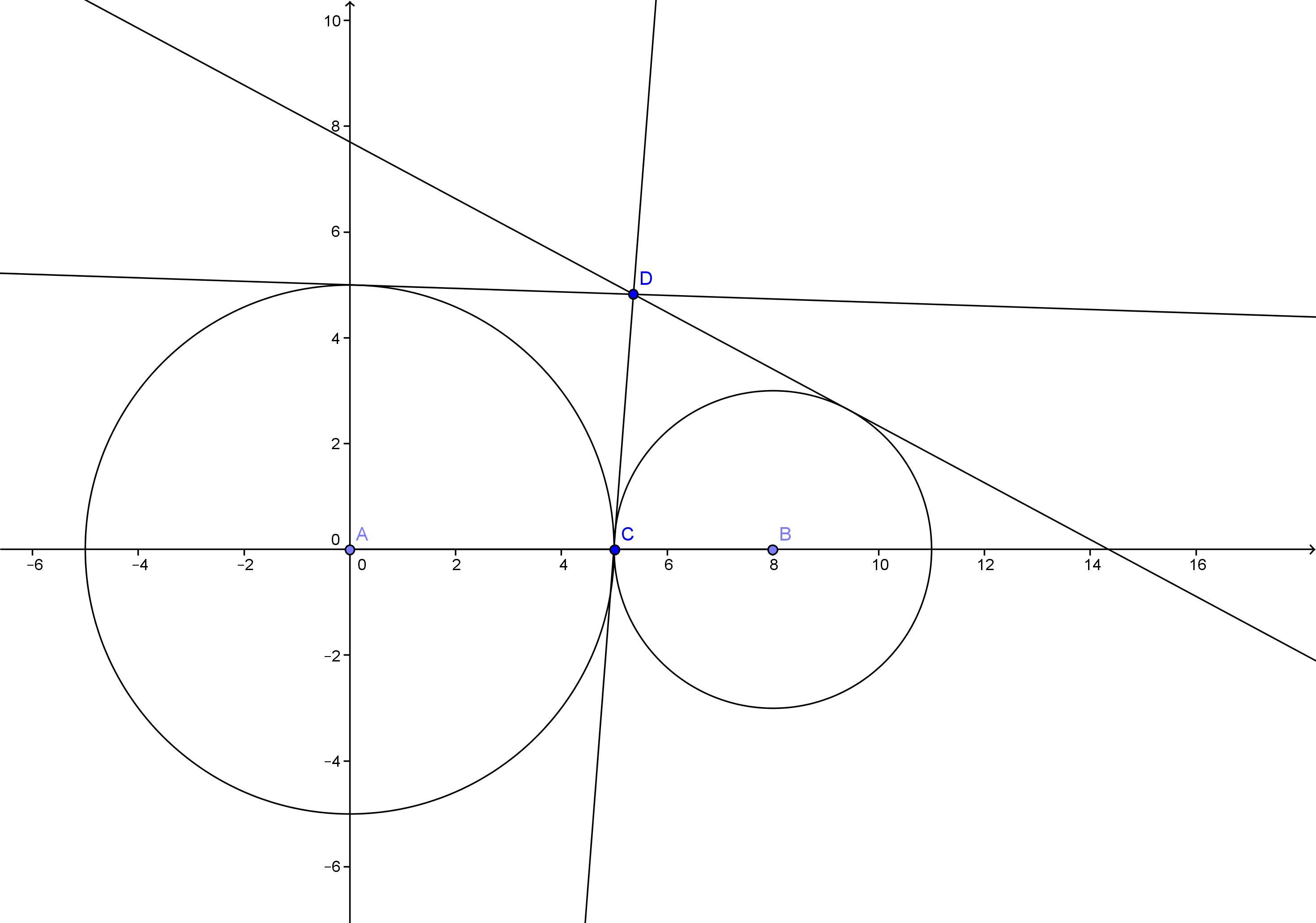 After some trial and error I hit upon a line $CD$ which approximately seemed to be the locus. After some experimentation, I got a feel for what this line was. It somehow bisected the angle formed by the circumferences of the two circles as they converged.

I tried to put this intuition into precise mathematical definition but was not been successful. Trying out the general case also yielded the same result.

Not the answer you're looking for? Browse other questions tagged geometry circles locus or ask your own question.

1
Common internal tangent of two circles
1
Diameter of nth circle between two circles problem
1
Chord tangent to two circles
7
Geometry problem about two externally touching circles
3
Two circles each of which passes through the centre of the other intersect points M and N.
1
Finding the locus of the centre of the circle which is orthogonal to a family of circles
2
Decreasing rings of tangent circles. Solved geometrically/graphically but would like to solve with equation.
10
Relationships between $2$ mutually tangent circles in a semi-circle