Find all Nash Equilibria if the game in pure strategy and mixed strategy.

1) I know in the given figure of the pure strategy equilibria the boxed values represent Best responses to the game but how to find them? 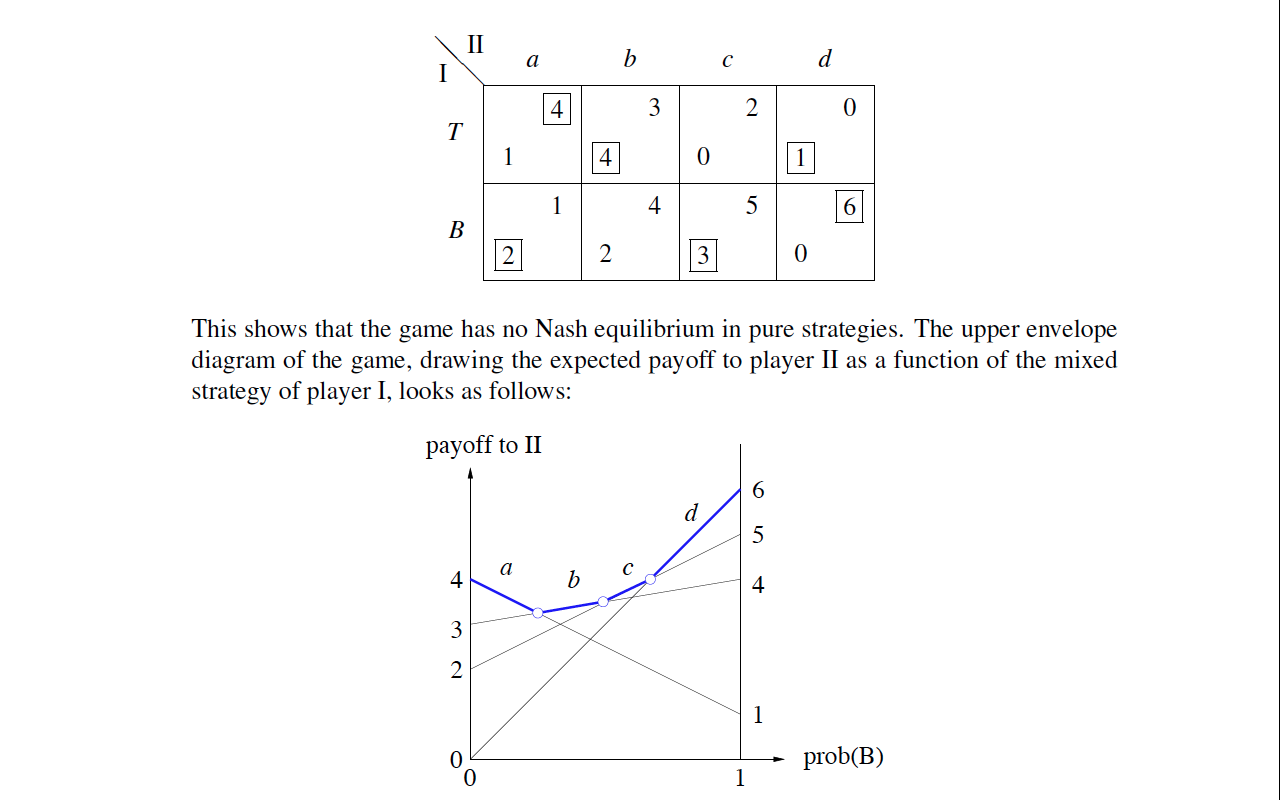 On the other side, for Player I there are four "what if" possibilities, namely what if Player II plays a? What if s/he plays b? c? Or d? For each possibility there is a best option for Player I, and it is boxed.

The point about there being no pure Nash equilibrium is that there is no choice of strategies for Player I and Player II where each one will be content to stick with his/her strategy even after knowing what the other one is doing. Every combination is unstable, in the sense that at least one player will think "Oh, if that's what the other player is doing, I want to change my strategy." This is indicated by the fact that no cell has both Player I's and Player II's payoff boxed as "best."

Not the answer you're looking for? Browse other questions tagged game-theory nash-equilibrium or ask your own question.