Central Angles of a Circle

My teacher said that the central angles of a circle are equal to the measure of the arc, but I don't understand on how this could possibly work.

Can someone please explain how this is possible?

Here's an example that should hopefully help build intuition for this concept.

Suppose you hear church bells tolling the hour, and so you check your watch to see what hour it is. 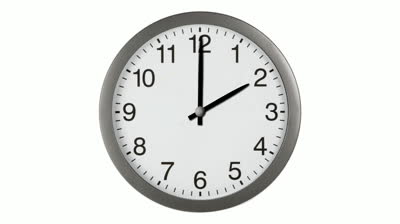 This is why mathematicians like to measure angles in units of radians rather than degrees. Once around the circle is 360 degrees but only $2\pi$ radians.

Moreover, your teacher is talking about a circle whose radius is $1$. I hope he or she remembered to mention that.

Of course arcs also have length, and one of the things you will probably be expected to do is to compute the length of an arc with a given measure in a circle of a given radius. For this, the basic idea is to first divide the degree measure of the arc by 360° (which tells you what fraction of a circle the arc consists of) and then multiply that by the circumference of the full circle (which of course is $2 \pi r$).

There's no need to measure things in radians, although of course it makes things simpler (in some ways) if you do.

1
Area of a sector - Inscribed Angle and Central Angle
0
Inscribed Angles/ Central Angles
3
Is there a term for these kinds of 3D angles?
2
How does the Law of Sines work?
10
Proof of Alternate, Corresponding and Co-interior Angles
1
Proving the Secant Angles in the Circle
1
Find the area of a segment of a circle, given radius and central angle.
1
Circle Proof Application Calculation Questions
2
How many angles have integer measure in degrees and are interior angles of an integer-sided triangle?