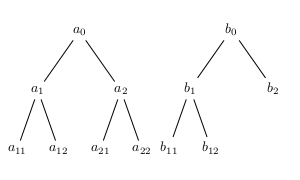 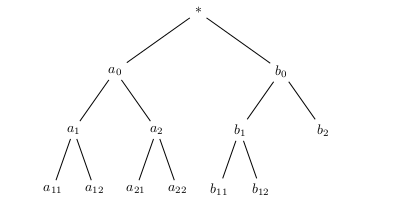 1
If the associative law doesn't hold, can we define $a^n$?
59
Non-associative operations
3
Is there a name for property $n+k=m+k\implies n=m$?
3
How many non-isomorphic algebraic structures (i.e. magmas, monoids, groups etc.) are there with countably infinite order?

29
Concrete examples of 2-categories
2
Can I Have Some More Examples Of Uniform Spaces Please?
5
Ultraproducts by countably complete ultrafilter
7
XOR is commutative, associative, and its own inverse. Are there any other such functions?
3
Non-associative algebraic structures
21
Concrete examples and computations in differential geometry
1
Is a group isomorphic to one of its realizations?
8
Structures with $x*(y*z) = y*(x*z)$
2
What's that process called where you form new group law by $x \star y = x \cdot a \cdot y$ for some $a$ in the group?
2
What is the name for a magma which is neither a quasigroup nor a semigroup yet has both an identity and inverses?