Link to the question in the physics portal.

I'm currently working on a system that uses a logarithmic and a Schwarz-Christoffel transformation to calculate the resistance of a specific area. With resistance I mean the resistance that would apply to that area if it were between two equipotential irregular plates (which are defined by their vertices). In my case it is the magnetic reluctance but it is analogous to electrical resistance. 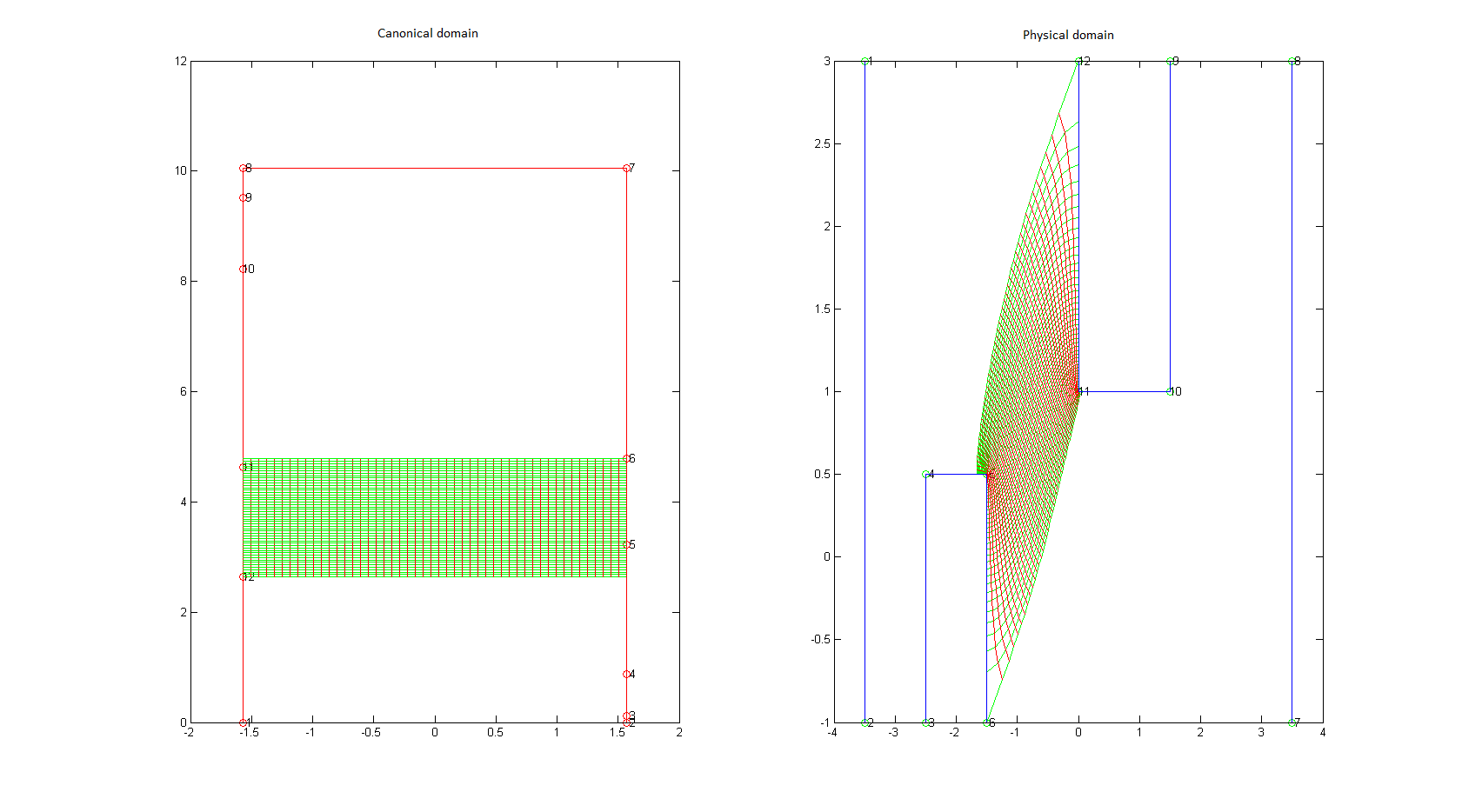 I use the SC-Toolbox for Matlab created by Tobin A. Driscoll.

Lets say that we have a rectangle which has been rotated and translated (Möbius transformations if you want) so that its sides are perpendiculary oriented to the real and imaginary axis, one of its vertices is (0,0) and that it is in the 1st quadrant. We have to calculate its resistance.

Lets say the opposite vertex of (0,0) is $z=x+iy=|z|e^{i\varphi}$, the imaginary part of $z$ represents the length of the path, while the real part represents the projected area(the area is only visible in 3D, we are looking at it in 2D). We write $R'$ because of the 2D representation.

The thing that the resistance is only dependent on the angle $\varphi$ and the definition of conformal transformations as angle preserving, provoked me to ask this question. I found a lot about space being conformally invariant, but in this case it is a function that is discussed.

I'm not sure how to proceed. I can prove that the transformations(maps) are conformal, but I don't know what to do about a function in the canonical space.

Given what you wrote and what this wikipedia page says (references can be found there as well), here is, I think, the mathematical interpretation (and answer to) of your question. However, in order to understand it you need to know more math than you do (you need some basic complex analysis, general topology and differential geometry). In short, yes, resistance is conformally invariant.

We consider open connected bounded subsets $\Omega$ of the complex plane ${\mathbb C}$. Fix in the boundary of $\Omega$ in two disjoint subsets $A$ and $B$. I will assume that the sets $A$ and $B$ are closed and connected. The triple $Q=(\Omega, A, B)$ is a condenser. (The physical meaning here is that the domain $\Omega$ is filled with a material that has constant conductivity, which is set to be 1. The unit electric charge is applied along the continuum $B$.)

Since capacity is conformally invariant, so is reciprocal $r(Q)$.