Relationship between the Weierstrass function and other fractals

Since the op mentioned the Mandelbrot set, I decided to focus on the Cauliflower for the Julia from the c=1/4 Mandelbrot, and see what comparisons I could find with the Weiestrass function. First, lets define the Julia as the boundary of the set of points that escape when iterating $$z \mapsto z^2 + \frac{1}{4}$$

This mapping has a fixed point of z=0.5. On the real axis, anything bigger than 0.5 or smaller than -0.5 goes to infinity. At the imaginary axis, $z=\pm \frac{i}{2}\sqrt{3}$ is the boundary point, since $z^2+0.25=-0.5$. Then in the complex plane, we have this Cauliflower for the boundary of the Julia set for c=0.25. Next, we generate the Boettcher function for the boundary of the Cauliflower, which maps the Cauliflower to the unit circle, via a Taylor series, which has a fractal boundary at the unit circle radius of convergence, and we compare it to the Weiestrass function. 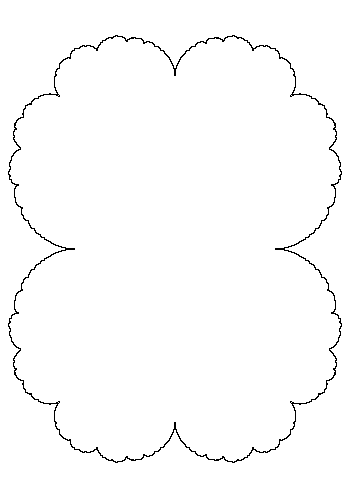 Weiestrass Taylor series, where red is real (cosine part of original definition) and green is imag 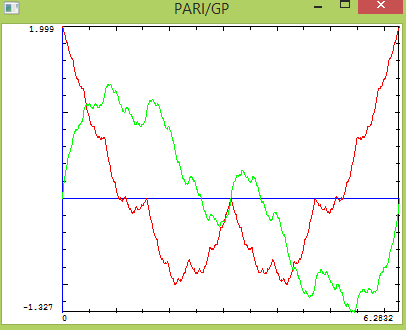 Julia unit circle, reciprocal of the Boettcher Taylor series above, red is real, green is imag 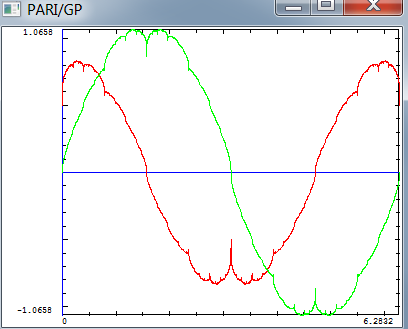 Not the answer you're looking for? Browse other questions tagged calculus fractals or ask your own question.

3
Uniform continuity of the Weierstrass function
9
Can we prove the Mandelbrot set is a fractal? Which maps/processes produce fractals?
5
Categories of fractals
4
Is there any mathematical proof of fractal self-similarity?
2
Are all complex iterations in the form of $z_{n+1} = z_n + c$ fractals?
4
How can I find the value of this [pathological] function?
0
(fractals) What is the link between my bifurcation diagram of a population and the mandelbrot set?