Are there any illustrations? I tried Wikipedia's article and the first picture to the right, but I think this delineates Euclid's Algorithm? I'm not querying about proofs.

This is how I visualized it: 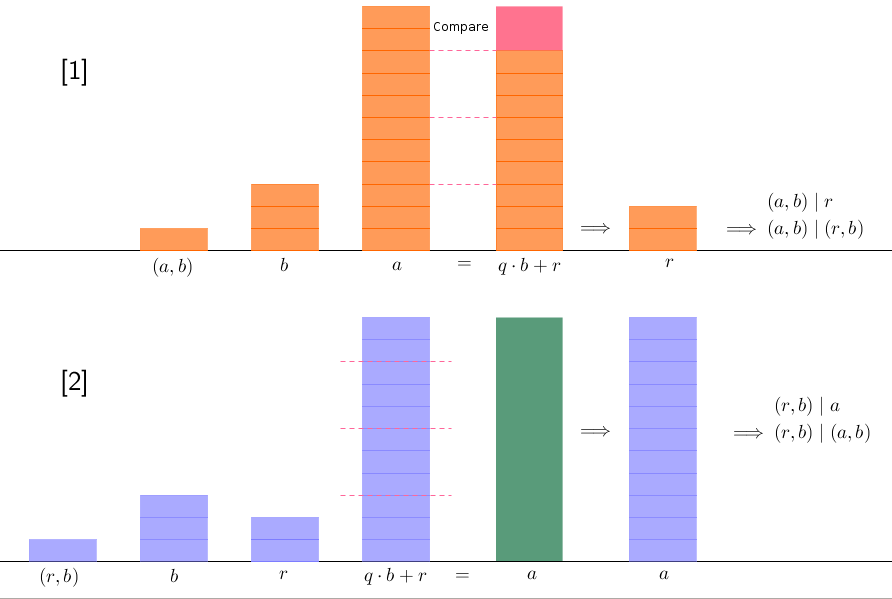 An integer $x$ is represented by a rectangular block of unit width and height $x$. Arithmetic operations between integers can then be visualized as manipulation of their blocks.

Main idea in the diagram:

Use blocks of height $(x, y)$ to argue about divisibility.

I chose positive integers in the diagram, but one could imagine negative integers as blocks below the horizontal line, representing negative height. But this would clutter the illustration.

Not the answer you're looking for? Browse other questions tagged elementary-number-theory divisibility intuition gcd-and-lcm or ask your own question.