You did not assume $g$ continuous; to make the problem more interesting I make this additional assumption. Still, there is such an example. I present the construction in three parts.

1. A function whose set of non-differentiability is a given Cantor-type set

Let $C$ be a Cantor-type set, whether of zero measure or positive measure. Follow the process of carving $C$ from a line segment, but instead of just removing a piece of some interval $I$, bend it in a parabolic arc that is as tall as $I$ is long. Like this: 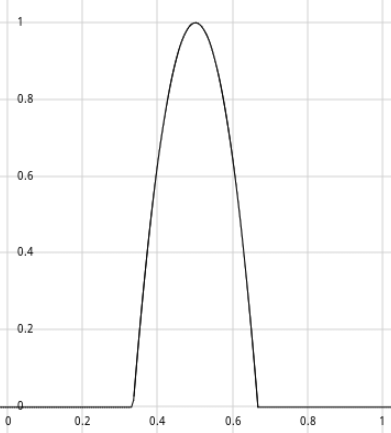 Let $h$ be the function whose graph we obtain in this way. To see that it is not differentiable on $C$, note that for every $x\in C$ and for every scale $\delta>0$, zooming in at that scale uncovers a picture similar to the one above. The graph is substantially non-linear on every scale.

2. Lipschitz map squeezing a fat Cantor set into thin one