I'm having trouble decomposing a unit quaternion into euler angles (or roll, pitch and yaw). The overall goal is to tell how a phone is rotated with respect to the world. I'm given a unit quaternion this world axis: 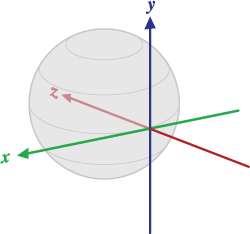 The axis has the following characteristics:

I have the following phone axis: 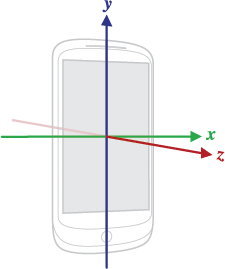 I admit, I'm not sure why you want to know if the device is horizontal to the ground; it's not clear to me how this relates to the direction of the camera, and so I'm not sure what answer to give for that part.