Show that a symmetric difference of edge cuts is an edge cut.

I have two edge cuts $A,B$. An edge cut is a set of edges, whose removal from $G$ makes the graph disconnected (there exist some vertices $x,y$ such that there's no path connecting them). I need to prove, that the symmetric difference of those two sets is too an edge cut. Let $Z=(A \cup B)/(A \cap B)$

So there are a couple of cases to consider.

This exercise is from one of the old exams I'm doing in preparations for my exam next week. Is there any possibility, that the exercise is just wrong? I mean take a look at this drawing. 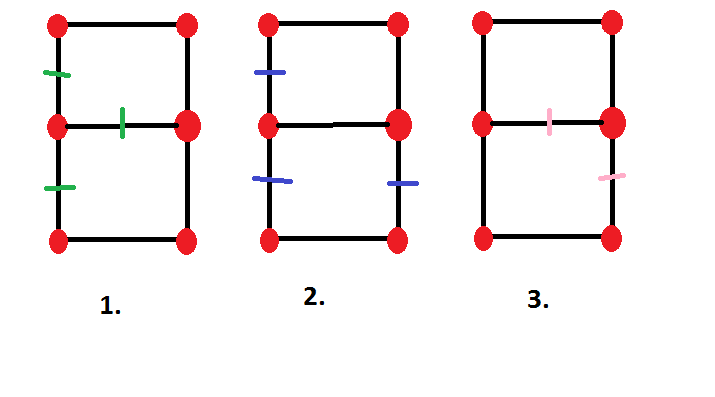 I found the problem: An edge cut isn't simply a set of edges whose removal makes the graph disconnected. An edge cut is the following:
Take a subset $A\subset V(G)$ of the vertices of $G$. Then, the edge cut $\delta(A)$ is the following: $$ \delta(A)=\{uv\in E(G)|u\in A,\, v\not\in A\} $$ In your first example, the middle-left vertex is the set $A$. The second example isn't an edge cut, because the point in the upper left is still connected to the point in the middle-left place, which wouldn't be possible if it was an edge cut. I found the explanation and the answer at problem $6$ here.

5
difference between "minimal" and "minimum" edge cuts.
4
Do "cut set" and "edge cut" mean the same thing?
0
Symmetric difference of two minimal edge cuts is a cut.
4
Minimal edge cut
0
Prove that a edge-modified graph G' is connected if G contains a circuit
1
Prove that the deletion of edges of a minimum-edge cut of a connected graph G results in a disconnected graph with exactly two components.
1
Prove that a simple connected graph with exactly 2 cut vertices has a cut edge
1
Distribution of edge cuts in random graphs
1
Prove that D is strongly connected if and only if for every edge-cut S of the underlying graph G that separates V (G − S) into two sets A and B
1
Connected $k-$regular graph does not have cut-edge for $k \ge 2$