I just had an idea:
It is clear that every scalar product induces a norm and that a metric and that finally a topology.

Turning this argument around we know:
Not every topology induces a metric only the metrizable ones, not every metric induces a norm only the homogeneous translational invariant ones and finally not every norm induces a scalar product only the ones that obeys the parallelogram law.

...I would always like to start from some given topology: 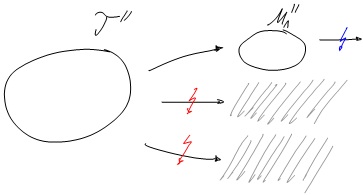 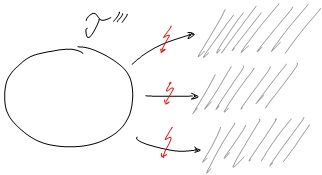 The answers are "No".

If a topological vector space is normable, the norm inducing the topology is not unique (unless the space is the trivial vector space). Aside from the trivial non-uniqueness due to the possible choice of constant multiples of a norm, for any normable space of dimension $\geqslant 2$, there are norms inducing the topology that are not constant multiples of each other - choose a nonzero continuous linear form $\lambda$, and let $\lVert x\rVert' := \lVert x\rVert + \lvert\lambda(x)\rvert$, for example.

Not every normable topology can be induced by an inner product, since Hilbert spaces are reflexive. So a necessary condition for a topology to be induced by an inner product is that the completion of the space with respect to the norm is reflexive. (I think, but can't quote a theorem at the moment, that reflexivity of the completion is not sufficient.)

1) is simple. Every metric clearly does not admit at least one norm as a metric does not need to be defined on a vector space, while a norm does.

Not the answer you're looking for? Browse other questions tagged general-topology functional-analysis metric-spaces normed-spaces inner-products or ask your own question.

10
Definition of Equivalent Norms
9
Vector space that can be made into a Banach space but not a Hilbert space
2
Are there any significant differences between studying functional analysis from a normed space perspective versus a metric space perspective?