Way to find volume of the solid

A solid has a square base of side $s$ . The upper edge is parallel to the base and has length $2s$. All other edges have length $s$ . What is the volume of the solid ?

We can divide the solid in two tetrahedra and a square pyramid. See fig.1. 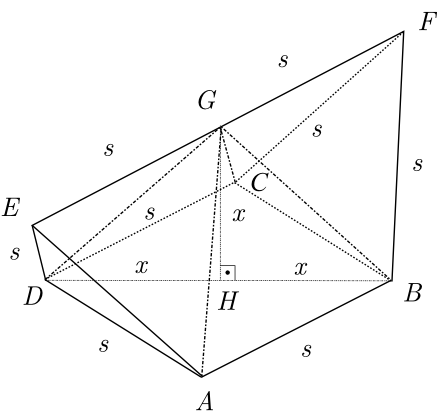 Here's a cool animation (though without the "balancing on an edge" thing):