as i know peaks in Fourier domain represent at this frequency,which are present in signal,for example let us take plot of Fourier transform of this signal let us run this signal 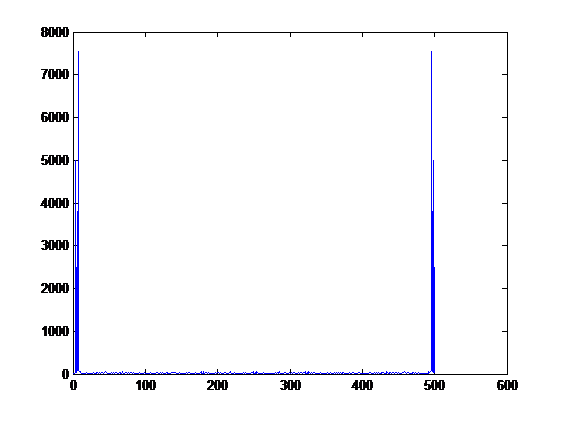 but clearly it does not shows me peaks at frequency given in signal,what is problem?please help me

Well, first off, you haven't given plot any specific values for the x-axis, so it just uses the array indices – why should these correspond to frequencies? The frequencies corresponding to Fourier coefficients can be computed like this: 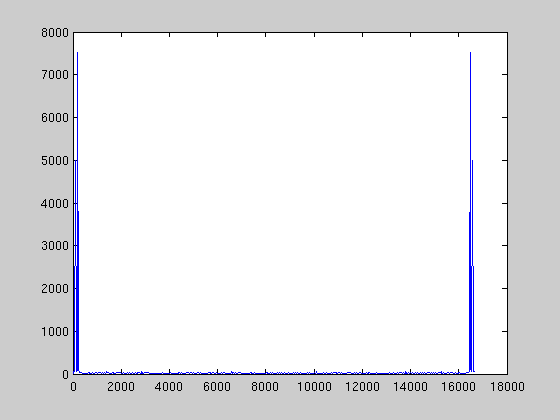 That's because the Fourier transform of a real-valued signal is always symmetric. Usually this symmetry is stated to be around 0, which you get with a different interpretation of the frequencies attached to the Fourier coefficients:

These two interpretations are equivalent with respect to the reconstructed signal. The result: 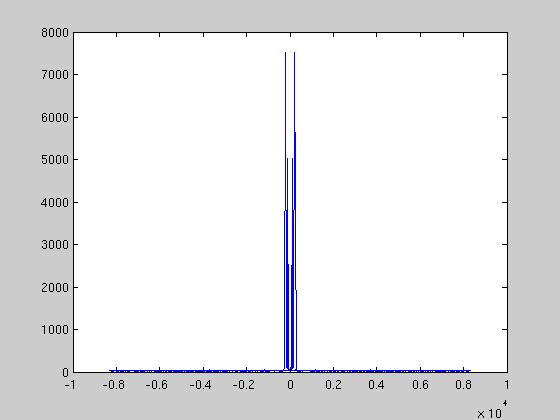 Since the frequency vector f is no longer increasing, it is better to use fftshift for plotting:

Zoomed in view on the result: 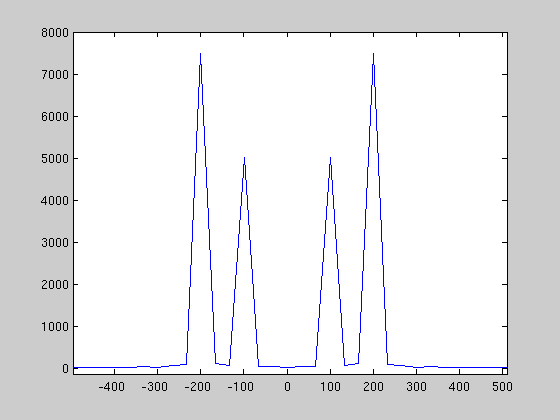 Please note that a simple Fourier transform is in general not a good way to assess the spectral content of a signal, for two reasons:

0
editing signal in frequency domain and converting back to time domain
2
FFT and changing frequency and vectorizing FOR loop
5
When does Discrete Fourier analysis fail to detect a frequency?
1
reducing amplitude of fft spectrum with constant phase
7
Finding the period of the solution to $y'(x) = y(x) \cdot \cos(x + y(x))$ with Fourier transform; how to interpret complex result?
0
Y-Axis units on FFT graph
0
Fourier transform in MATLAB misunderstood peaks
1
What will be the two-dimension Discrete Fourier Transform of sine?