Despite we know that the above expression is not a fraction (even though it's a fractional notation of the derivative used by Leibnitz) you can "cancel" the two du's and get back dy/dx.

My question is: How can you even think of cancelling du from dy/du and du from du/dx when they are not even fractions. Just because it's been multiplied do they automatically become fractions?Are they really being "multiplied"?

I'am really looking for an intuition behind this.To me this is some kind of fantasy.It doesn't appear to be real.

If $h$ and $g$ are linear functions, then it should be obvious what the chain rule must hold. The general chain rule is simply this observation plus the fact that derivatives provide good linear approximations.

Here's the intuition I give every time I teach the Chain Rule:

The above is just a quick intuitive explanation for why the Chain Rule involves multiplying derivatives and "canceling." Rahul's answer explains a proof for this fact. 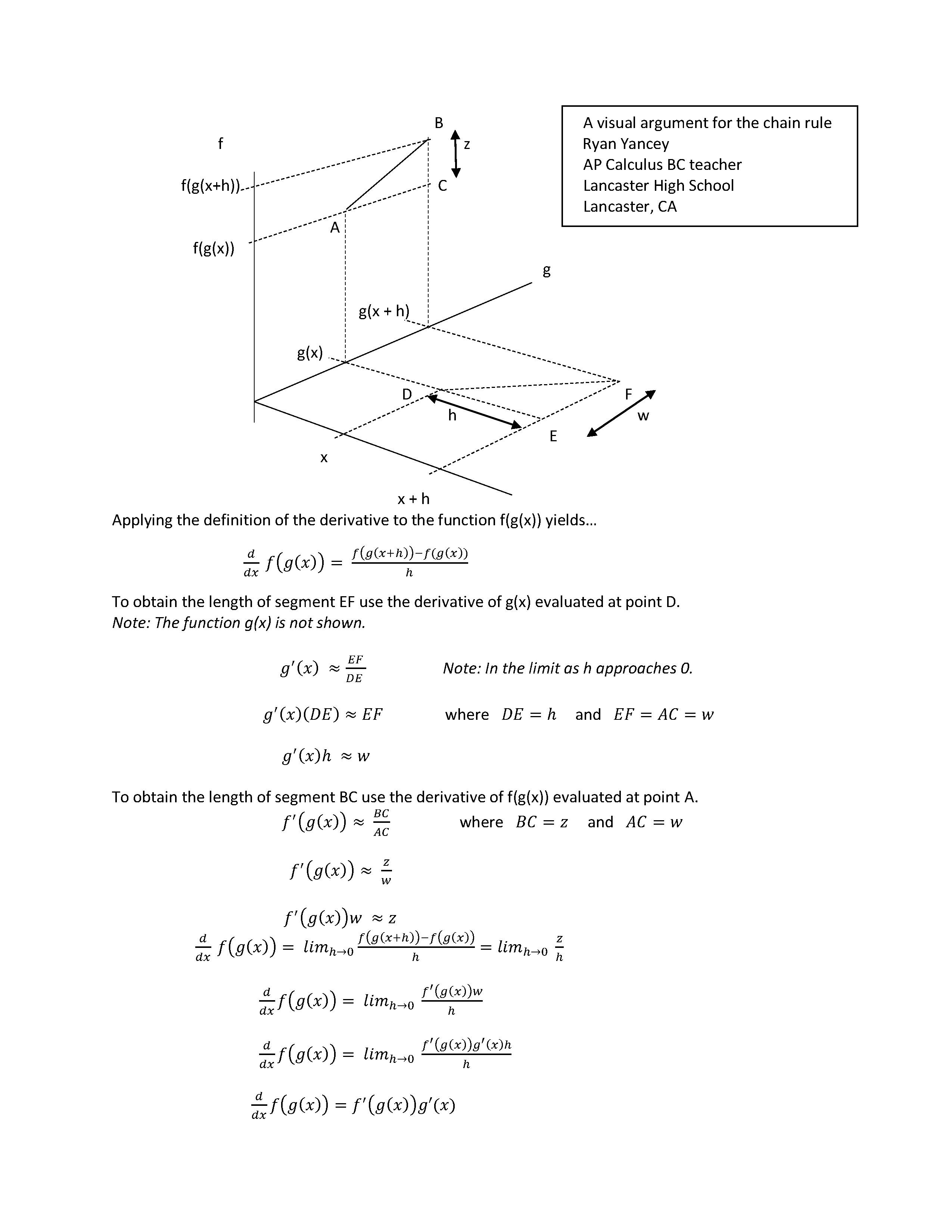 By creating a system where f(x) and g(x) are orthogonal to each other the derivation for the chain rule becomes very transparent. Please see image above.

Others have already answered the question directly and provided good intuition for why the chain rule works, so I will just add a graphical interpretation of the chain rule in the form $[f(g(x))]'=f'(g(x))g'(x)$.

By far the best explanation of this form I've seen is found here, but I will summarize the answer in case the link ever becomes broken. 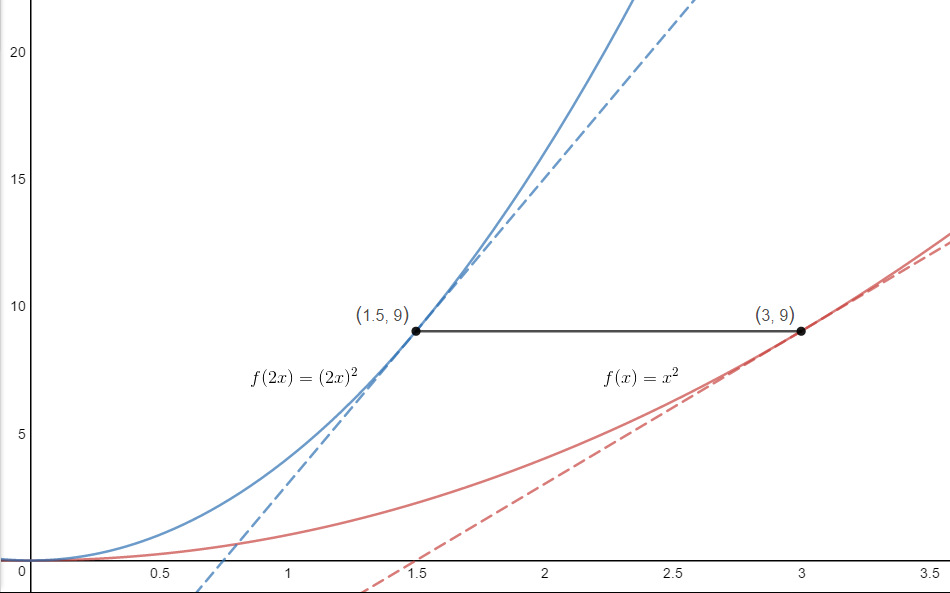 Notice that the range of both functions stays the same, since only the rate of input is being modified. Also notice that $f(2x)$ is "scrunched", since it is cycling through its input twice as fast.

In general, if you have a composite function in the form of $f(g(x))$, the input to $f$ is changing $g'(x)$ as fast the input normally changes without composition, and thus you need to scale the slope at $f(g(x))$ by exactly $g'(x)$.

Not the answer you're looking for? Browse other questions tagged calculus definition intuition chain-rule or ask your own question.

15
Intuition behind chain rule
1
could someone explain or prove the chain rule in first principles
0
How to explain derivative's Chain Rule
1207
Is $\frac{\textrm{d}y}{\textrm{d}x}$ not a ratio?
0
How is that differentiation of $\cos(\theta)$ possible?

2
Difference between Logarithms of different bases
2
Questions Based On A Couple Of Weird Limits
7
Why is the following NOT a proof of The Chain Rule?
1
Certain Derivations using the Chain Rule for the Backpropagation Algorithm
1
Limit definition of gradient in multivariable chain rule problem
5
Why do people say dy/dx is not a fraction, but then use it as one when doing the chain rule?
3
Proof of multivariable chain rule
5
Definition of Chain Rule
3
Intuition behind Showing if $f + f'' = 0$ and if $f(0)=a$ and $f'(0)=b$, then $f(x) = b \sin x + a \cos x$
4
Is it possible to differentiate $\sin x$ with respect to $\cos x$ from first principles?