How can I find the maximum area possible of equilateral triangle that inside a square whose sides have length a.
And how does that triangle look like? Can we construct it (with compass and straightedge)?

Eventually, the triangle vertex $Z$ lies on the right side of the square, and you can't move $X$ any farther right without pushing $Z$ outside the square, so you've made the triangle as large as possible. Now the question is, why are the angles $BAX$ and $ZAD$ 15 degrees (where $D$ is the lower right corner of the square)?

The answer is 15° so stop here if you want to have a go at the proof (not given by the Mathworld link); it's basically trigonometry. I give it here because the result was needed by a friend for making furniture. It's best to start with a good diagram (to be added) but for now imagine a square with side length $A$ containing an equilateral triangle (also of side length $A$) with a horizontal base. The tip of the triangle will not touch the top of the square, but if it is rotated anticlockwise about the origin (at the bottom left) and the base is extended as $H$, the tip will touch the top after rotation $\theta$.

The story of why we know that the largest equilateral triangle inscribed in a square is positioned as shown below, can be found in a video here. Just press the green button marked "Video". 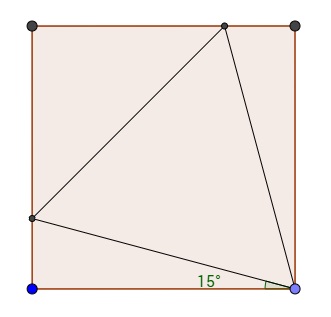 I don't know if Taha Akbari is interested in the other part of the OP question, namely "Can we construct it (with compass and straightedge)?", but I found it interesting. And the answer is yes. It takes $3$ basic steps: 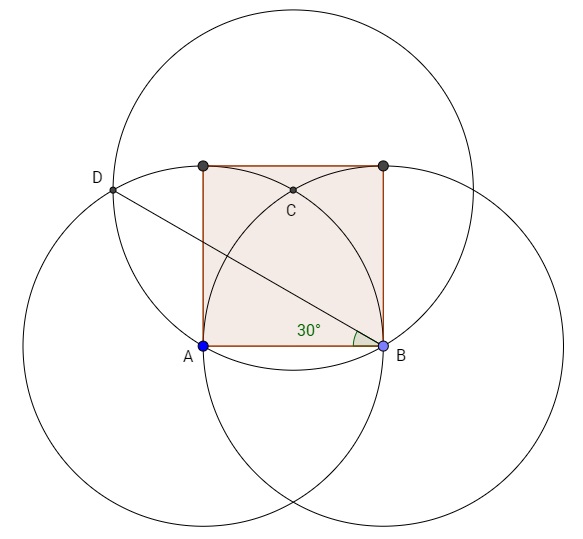 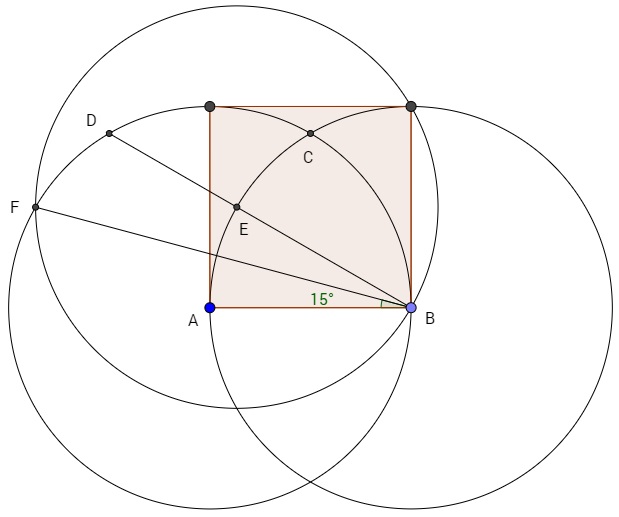 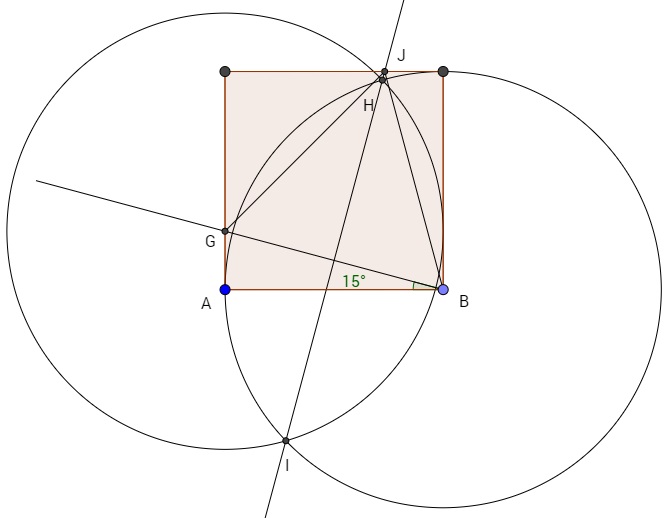 Simplified construction of the triangle: 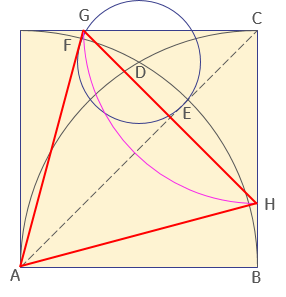 Draw the line $AF$ and extend to $G$ on the side of the square. Draw an arc centred on $C$ (or $A$) through $G$ to find $H$ as the other intersection with the square. $\triangle AGH$ is the desired triangle.

Already there are number of solutions in this thread. I'll try to clarify Taha Akbhari's question on how we get that $15$ degrees via a different approach. But first lets call this angle as $\theta$.

The problem can be formulated as follows,

Based on my answer to the question Finding the largest equilateral triangle inside a given triangle, I present the following solution: 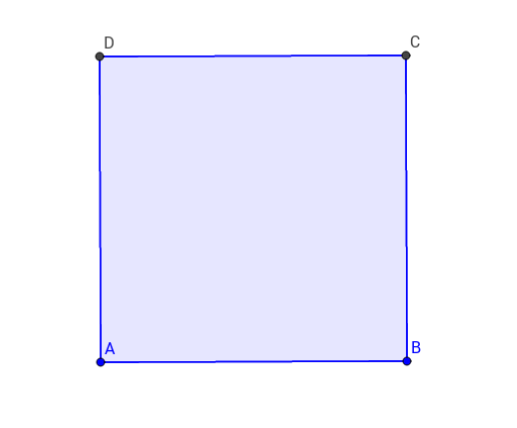 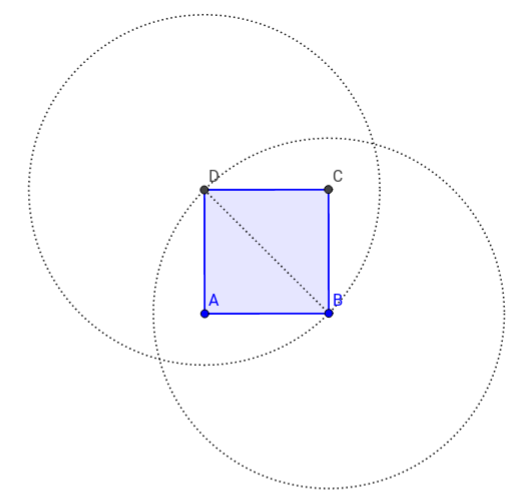 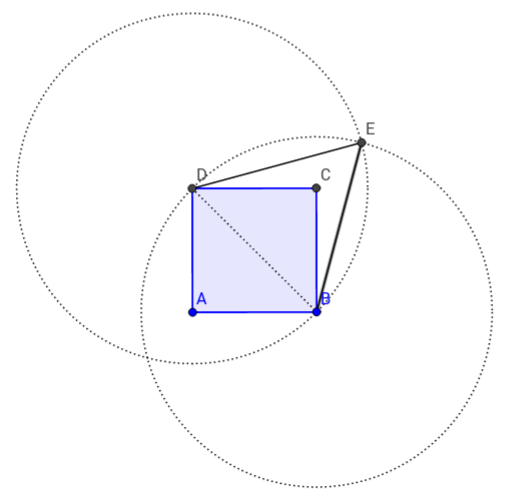 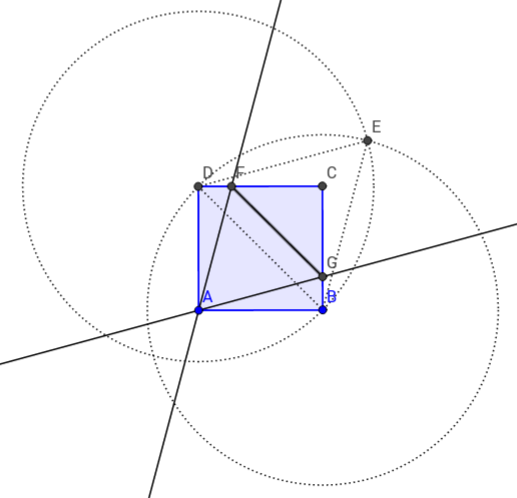 The proof is elementary, since $\triangle$BDE is equilateral, and corresponding angels between parallel lines are equal. 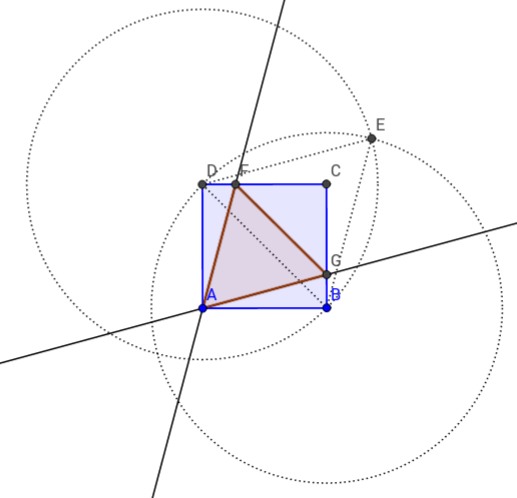 Not the answer you're looking for? Browse other questions tagged calculus geometry trigonometry geometric-construction or ask your own question.