A followup to my previous question.

The goal here, of course, is to find the simplest expression for the angle measure. Reducing the number of "$+\pi/3$"s certainly helps, as does later replacing $\alpha + \beta$ with $\pi/3-\gamma$. The ultimate expression, $\pi/3 - 2\gamma$, is nicer-looking than the original form.

If that bit of angle-chasing bothers you, here's a conceptually-simpler, if algebraically-longer, route to the same result:

Based on where the proof goes next, I might have opted to massage the measure into this form: $$|\angle R_1RR_2| = \pi - 2\gamma^+$$ This makes it immediately clear that $\angle R_1RR_2$ is the vertex angle of an isosceles triangle with base angles $\gamma^+$.

I'm not certain if this will help with the particular question but here is a proof I displayed as an illustrative example in my Mathematica Presentations application. In the actual presentation one can click to display the various steps, and the "Morley's Theorem Illustrated" panel allows the three vertices to be moved. The first picture also shows the control structure and the subsequent pictures show only the panel contents. The entire proof takes up much less display in a notebook. I believe having the freedom for multiple displays helps to clarify a difficult proof. 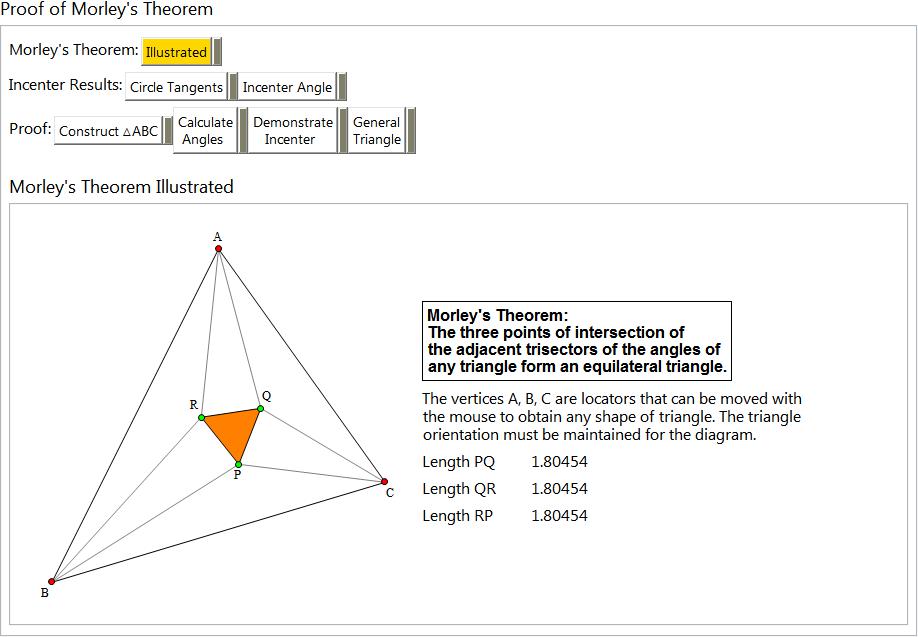 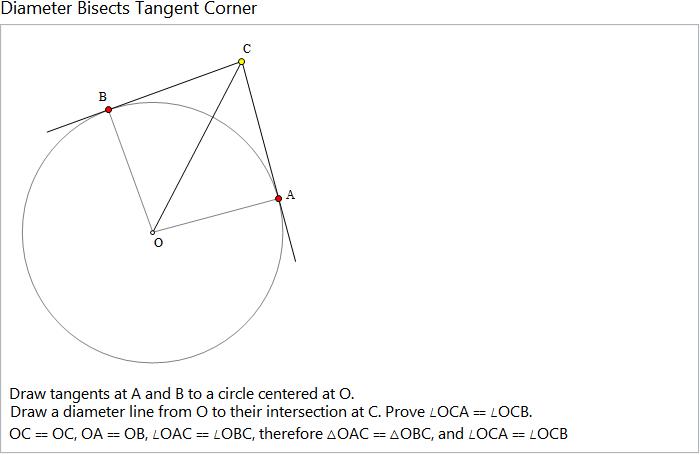 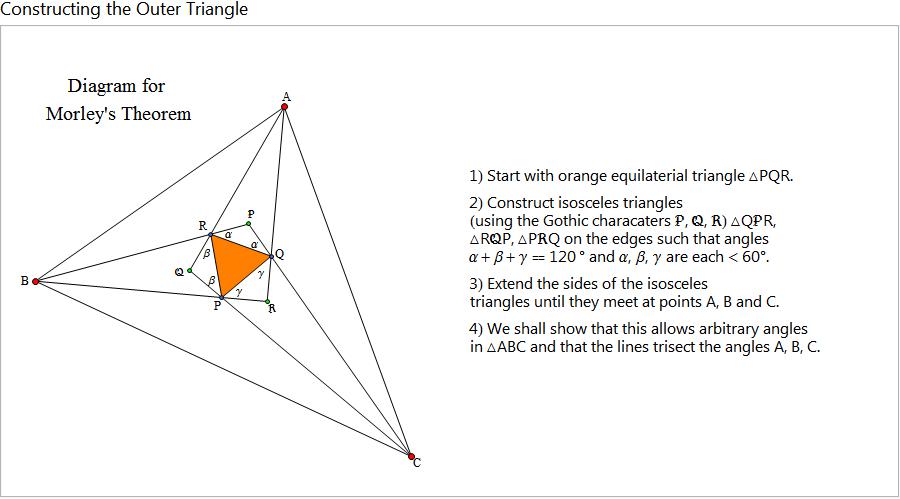 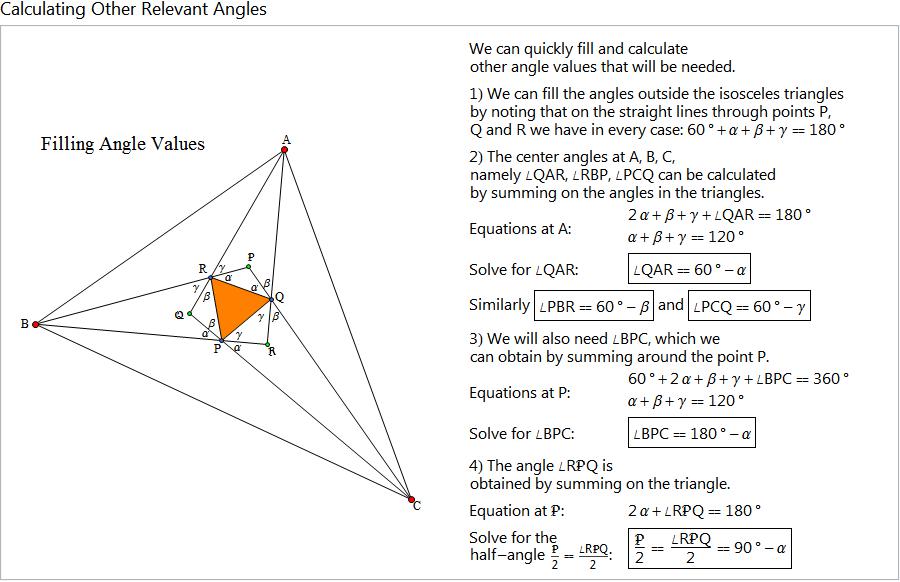 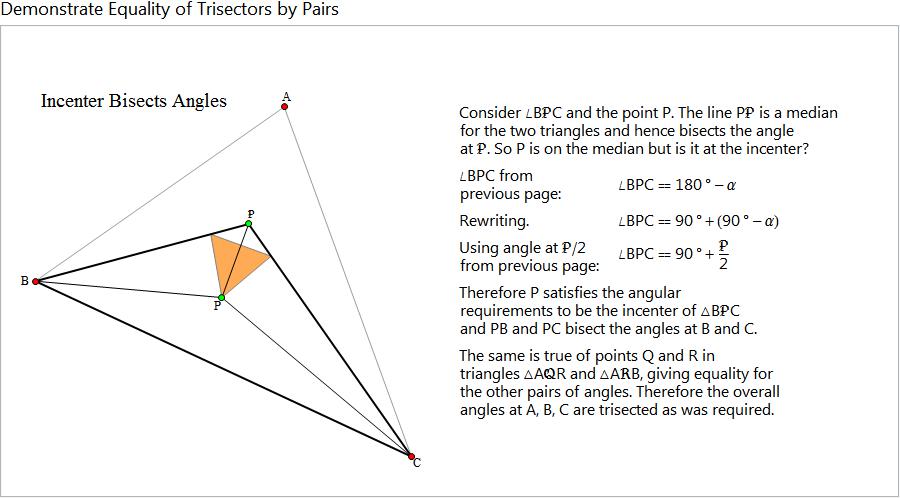 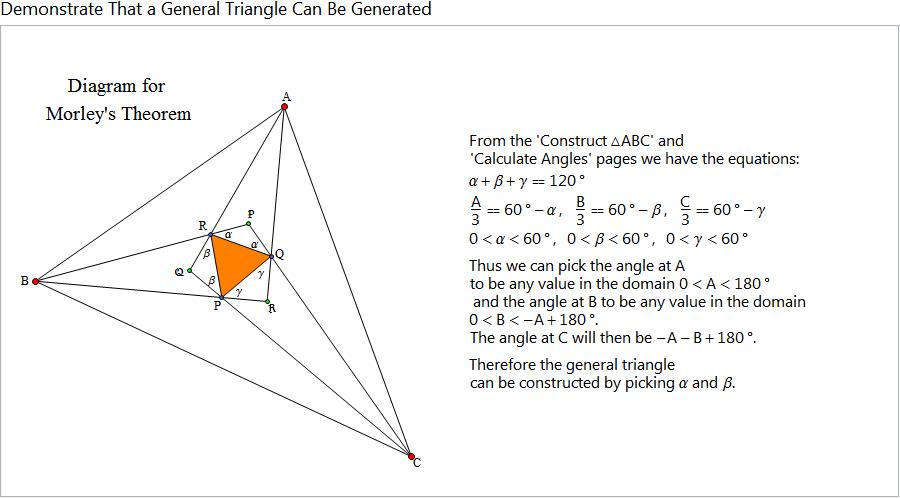