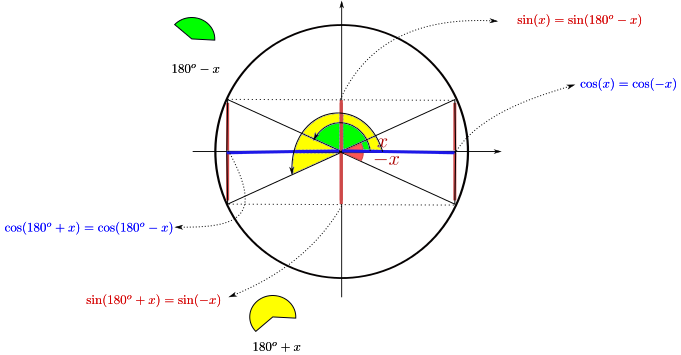 This defines the sine and the cosine for all acute angles. What can we do for obtuse angles?

Consider the triangle in the following figure 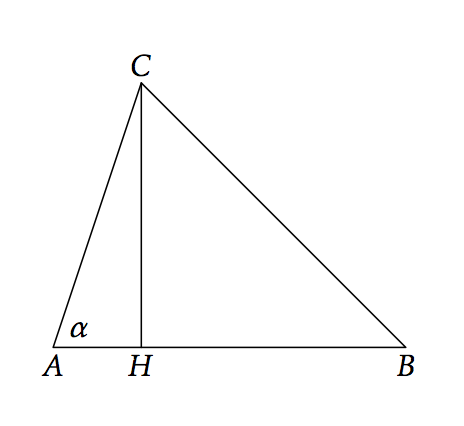 Suppose now we have an obtusangle triangle 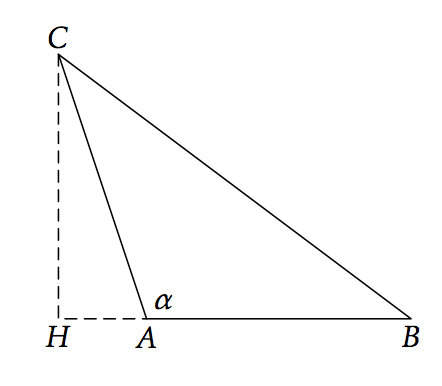 For the sine, the reasoning can start from the sine's theorem: 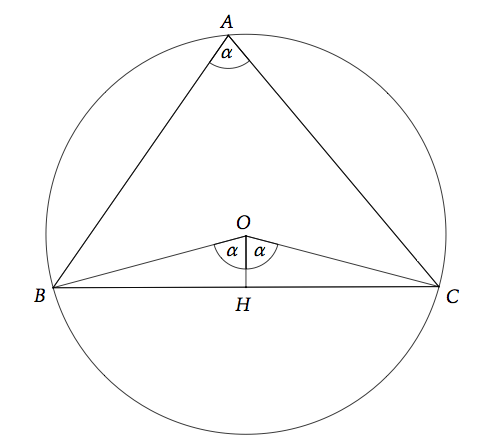 Easy to see with this image:

0
How is sin 135 calculated on a calculator?!?
0
Angles between vectors: is my textbook wrong here, or am I mistaken?