Maximum number of cubes within a radius

Last night I was mining obsidian in Minecraft, which takes a long time (15 seconds for each block). As a result, I would hold down the left mouse button with my left hand while I did something else. In order to maximize the usefulness of this tactic, I would orient myself in such a way as to mine as many blocks as possible without moving. This lead me to wonder...

For example, the following picture shows a rod of length $4$ going through $4$ cubes (although a fifth could easily be added). 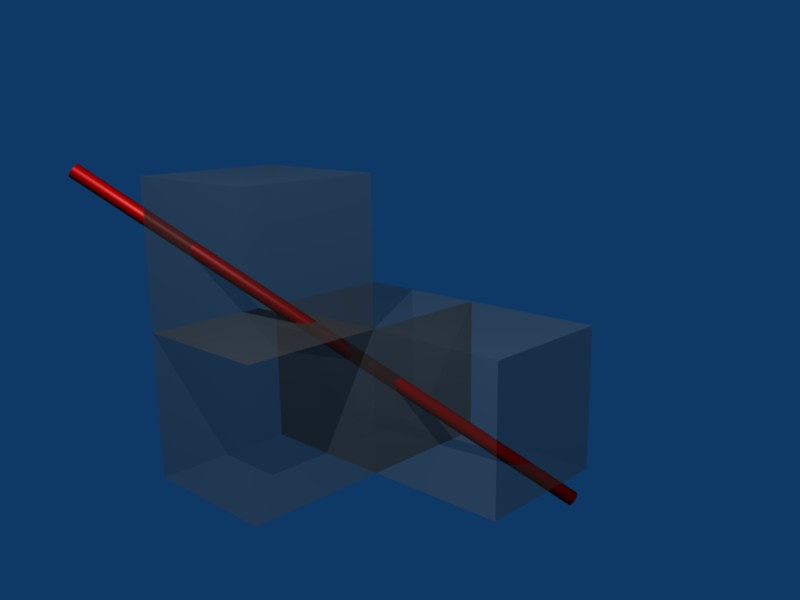 Let us first consider the two dimensional case to explain the concepts. A line segment of the length $L$ (I will call it line $L$) is to be laid down on a unit square grid such that the number of the intersected grid cells is maximized. The cell coordinates are given by their left bottom corners. 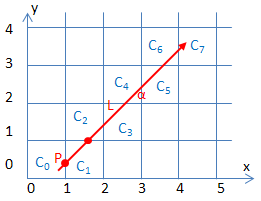 There is one degenerate case when the line enters a cell through its bottom left corner. Then both grid coordinates are increased but only one new cell is crossed. Since we would get less crossed cells in this case we avoid this case by displacing the line slightly. This is always possible because the start and end points are real numbers and there are at most finite number of considered cells.

It remains to find $(X, Y)$. First we place the starting point at the coordinate origin and let the line pass through the opposite cell corners (parallel to cell diagonals):

The three dimensional case is analogous. The cells are now unit cubes, the line segment is the rod. When moving along the rod we enter the cubes through one of three possible faces and the corresponding coordinate is increased. E.g. entering a cube through its bottom face increases the z-coordinate by $1$. Maximal number of intersected cubes is achieved when the rod is put through the opposite corners of the cubes (along longest diagonals) and then slightly displaced to pass through the faces. The maximum is X + Y + Z, where (X, Y, Z) is the last cube (not counting the first cube).