Is there a way to arrive at this answer without multiplying it out each time for every number I get? For example, could I do something like $13^{12937}\bmod{1000}$ without sitting around modding out multiples of $13^4$? (I know that the first $n$ for 13 would be 100, so no less than using Carmichael's theorem, but I want to know if there are other ways to find numbers lower than those given by Carmichael's theorem)

This thesis is a good reference on order algorithms in generic groups. Here's the abstract: 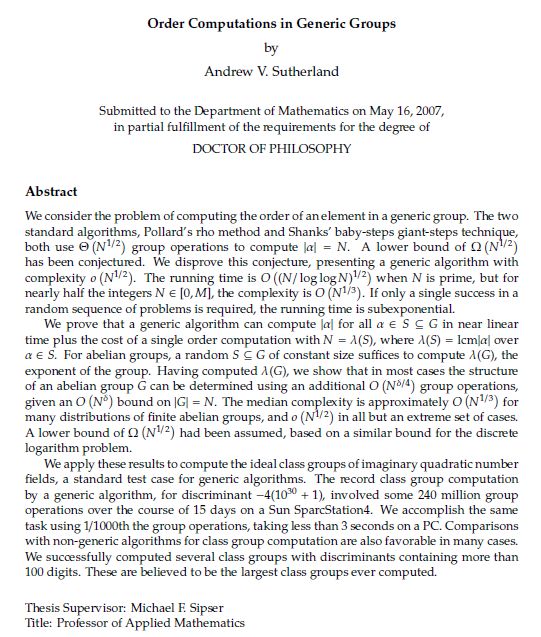 As I discuss in my answer to this question, this is a hard quantity to compute in general. For practical purposes you should use exponentiation by squaring to test the possibilities (and you should definitely use exponentiation by squaring for computing remainders in general; this is how computer algebra systems do it). Note that using Carmichael's theorem is not trivial, as it requires that you know the prime factorization of $b$.

Not the answer you're looking for? Browse other questions tagged algebra-precalculus elementary-number-theory modular-arithmetic or ask your own question.

6
On the binary decimal expansion of the reciprocal prime's