Drawing a fitted wave sine between any two points in 2d

I'm trying to draw a sine wave with specified start point, end point and length. To do so I have already done finding Amplitude and Period for sine function.

The problem is that sine wave is not fitted into points (its below). Please take a look: 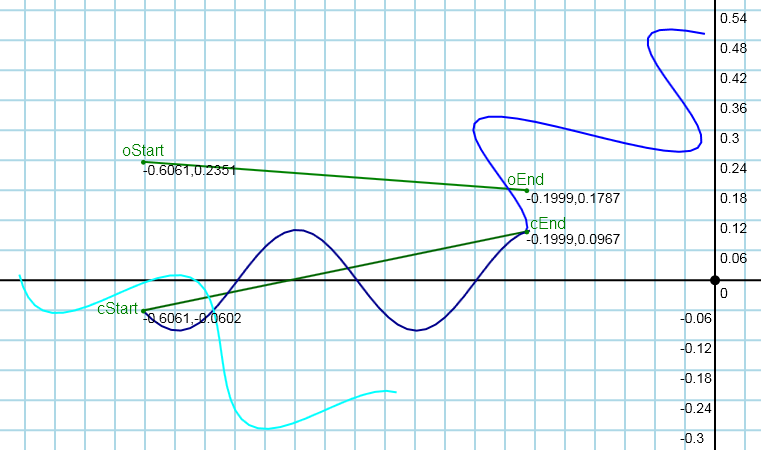 But...There is a problem, the sine is not rotated in desired angle as You can see in this image (the blurred waves are made in graphic app). 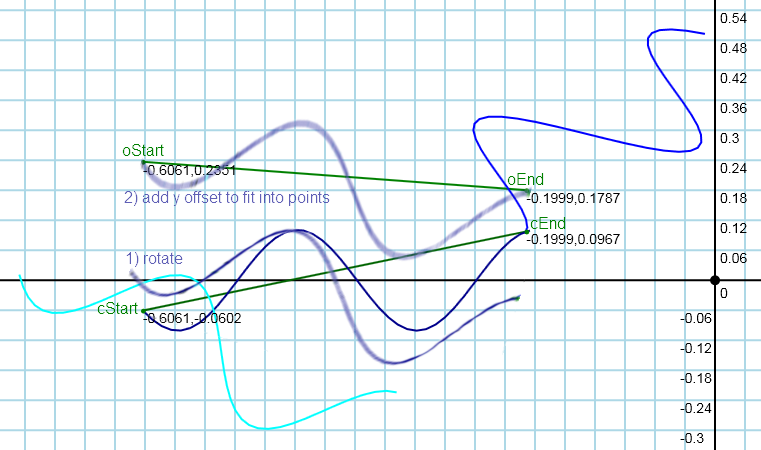 What is the problem?

Thanks for any help! Regards!

I have found that angle between vector divided by 2 (which is about 15 degree) is mine desired angle. But why I have to divide it by 2? Anyone knows?

Ok, I have found how to fit my sine curve. I have done it by adding delta y between those two vectors into the value of found sine function (blue). However, the sine wave which is now fitted between points is a little bit different (violet). I got a question for all you experts, does it affect the length of sine wave which i found or the length of the original and "moved" curves are the same? Here is the image

1
How to generate a sine curve between two points

0
How to calculate the displacement between points?
0
Calculating the points of a annular sector type shape.
3
2D collision equations with inverse y-axis
1
Finding An Expression For A Tricky Sine Wave:
2
Parametric Equations for A Logarithmic Sine-wave With Alternately Offset Points of Hyperbolic Tangency
0
How to move/rotate a line segment intersecting another, just enough so that they become orthogonal?
0
Angle between arbitrary rectangle and horizontal plane