A very nice introduction to the many different notions of infinity in mathematics is Rudy Rucker's book: Infinity and the Mind. Unlike many other popularizations, this is written by someone who did a Ph.D. on the topic. Moreover, Rucker has gone to great lengths to make the presentation faithful to the mathematics but still accessible to an educated layperson. Below is an excerpt on the Alephs. 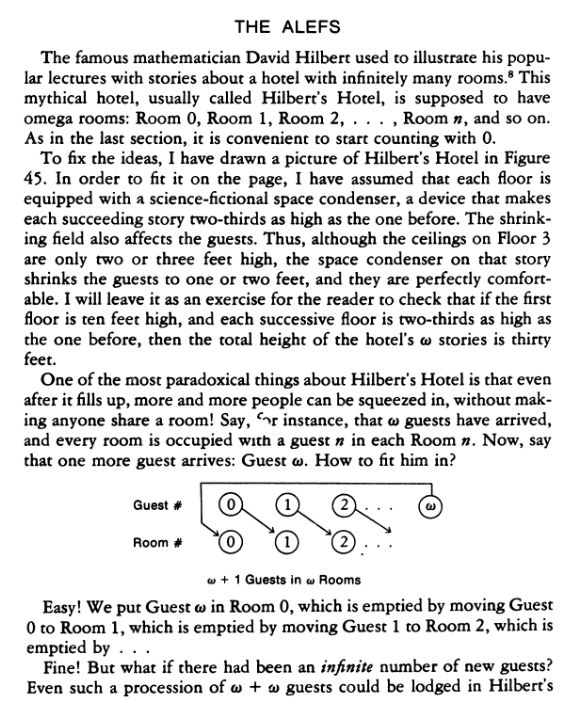 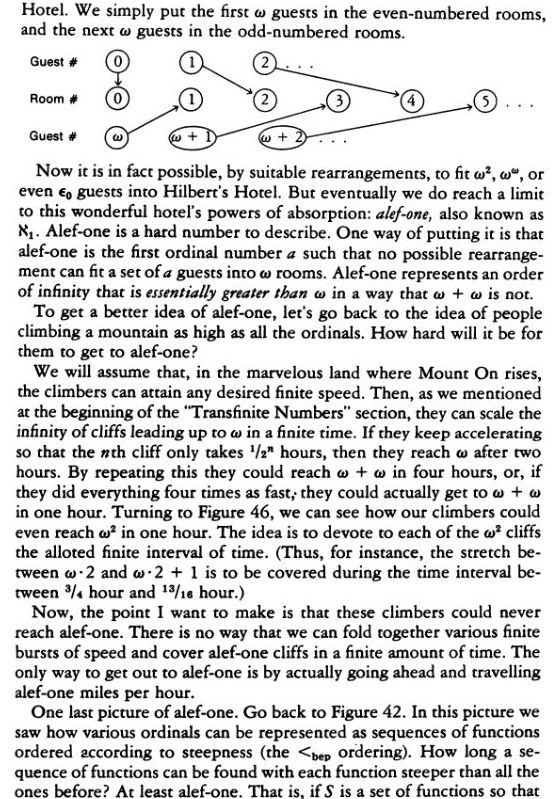 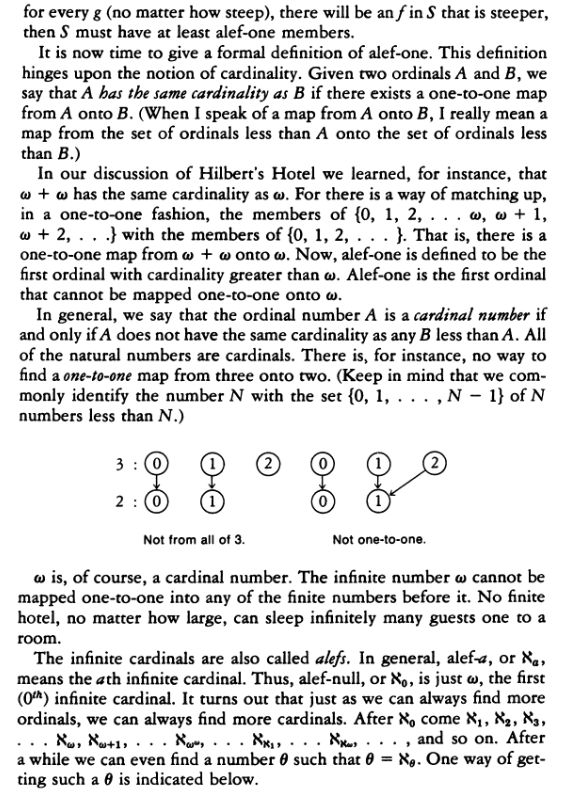 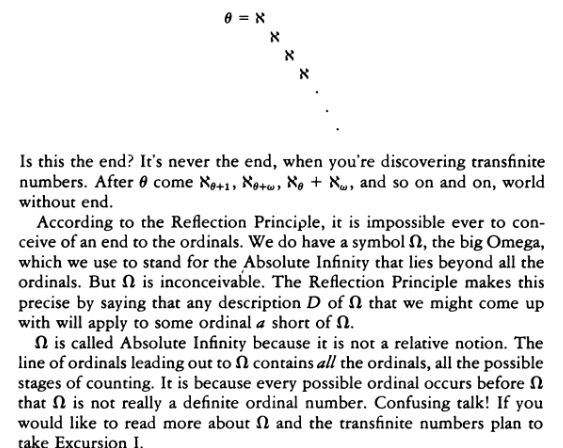 You can easily see that there are infinite types of infinity via Cantor's theorem which shows that given a set A, its power set P(A) is strictly larger in terms of infinite size (the technical term is "cardinality").

I should point out that your examples are all the same type of infinite number: they are all cardinal numbers, measuring an aspect of sets that extends the notion of "how many?" There is a related notion of ordinal numbers which extend the notion of counting.

But there are other types of infinite numbers. One family of related concepts includes the extended real numbers $+\infty$ and $-\infty$ that you might see in calculus. These two infinite numbers quantify something very different than what cardinal numbers quantify. The geometric idea they express is that $+\infty$ marks one "end" of the real number line, and $-\infty$ marks the other "end". There are a variety of other examples in this family, such as the projective real line, and the geometric concept of points at infinity (e.g. see the projective plane or read about elliptic curves).

Another type of infinite number is probably better expressed in relation to infinitesimal numbers: objects that behave as if they were smaller in magnitude than any non-zero real number, but yet were non-zero themselves. In some such number systems (e.g. the hyperreal numbers), one can take the reciprocal of a non-zero infinitesimal number, and the result is an infinite number.

Well, in my opinion, there is no definite answer.

Some mathematicians contend that the concept of (actual) infinite itself is ill-defined, and you may have only a potential infinite, the one you have when you say that a straight line segment may be extended at will, but you do not have a whole straight line.

Not the answer you're looking for? Browse other questions tagged infinity or ask your own question.

186
What Does it Really Mean to Have Different Kinds of Infinities?
52
What exactly is infinity?
39
Is there possibly a largest prime number?
23
How many different sizes of infinity are there?
21
Are there uncountably infinite orders of infinity?
6
Cardinality of a set that consists of all existing cardinalities
1
How big is the size of all infinities?
0
What does the notion of different sizes of infinity really mean?
0
Is infinity a real or complex quantity?
3
Are there any good books on infinity?
See more linked questions

4
P-adic numbers and infinity? Does infinity as a limit exist for p-adics?
12
Uncountable vs Countable Infinity
1
Can one non-cardinal infinity be greater than other non-cardinal infinity?
14
Is this conception of countable vs. uncountable infinity adequate?
3
Does Cantor's Theorem and the Continuum Hypothesis imply discrete levels of infinity?
1
Can I prove that there are 3 times more even numbers than natural numbers by assigning each even number to a the next three natural numbers starting 0