Triangle and its circumcircle

Here is my sketch, I know that $E, F, A, B$ lies on a common circle because triangle $EFC$ and $ABC$ are similar, but don't know what to do now. 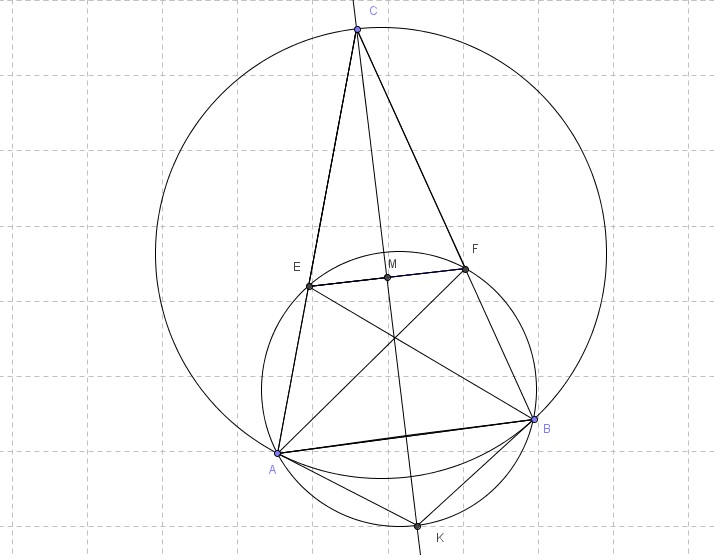 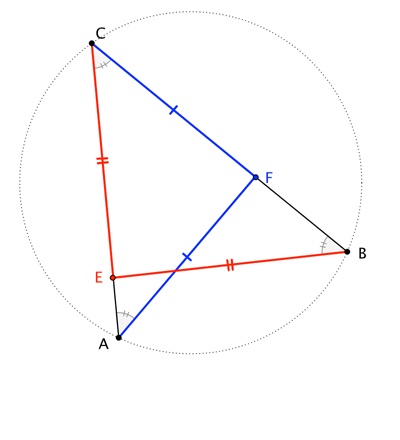 (Note that $\angle C$ is necessarily acute.) Moreover, the bisectors of $\angle AEB$ and $\angle BFA$ create four more copies of $\angle C$. That two of these copies are $\angle HEA$ and $\angle HFB$ implies that $\square HEFC$ is a parallelogram, the diagonals of which bisect each other. Thus, $\overline{CH}$ passes through $M$. 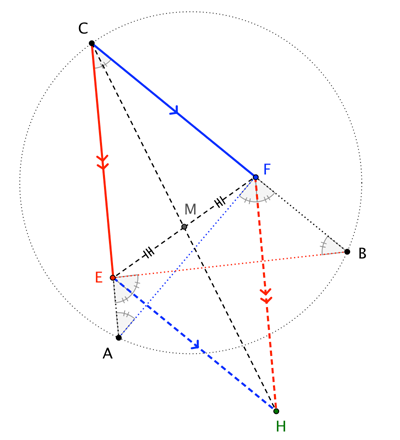 It remains to show that $H$ coincides with $K$. 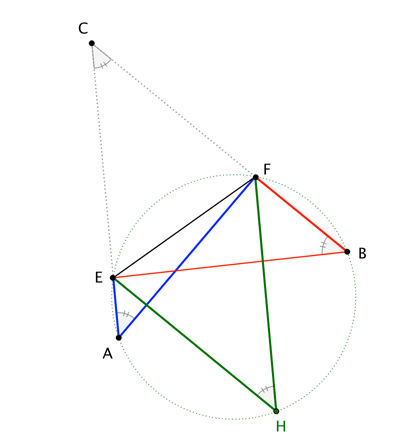 This implies that $\angle ABH$ (which must be congruent to $\angle AFH$, as both subtend chord $\overline{AH}$) is also a copy of $\angle C$; likewise, $\angle BAH \cong \angle C$. 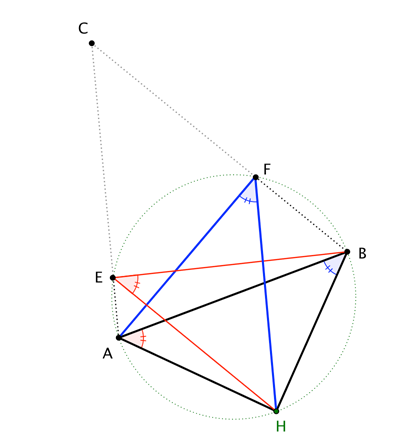 We see, then, that $H$ is the apex of the[*] isosceles triangle with base segment $\overline{AB}$ and base angles congruent to $\angle C$. This description also fits $K$ (why?), so the points must coincide. 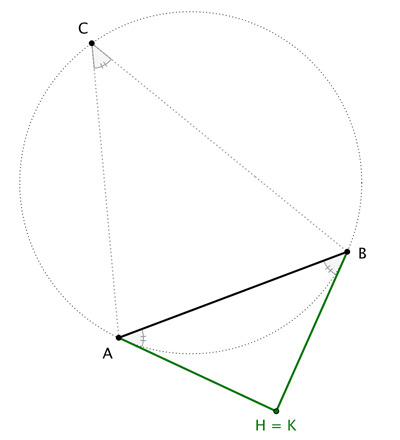 [*] There are, of course, two such isosceles triangles with base $\overline{AB}$. "The" triangle in question is the one on the opposite side of $\overleftrightarrow{AB}$ from $C$. (Note that $\angle C$'s acuteness is key to making this distinction.)

(These are complete steps, you just need to fill in the minor details.)

Step 1: Show that $AEFBK$ is con cyclic, as drawn in your diagram. It could be easier to show that $O$, the center of $\Gamma$, also lies on this circle.

Step 2: Show that $EF=KB=KA$, because they each subtend the same angle in this circle.

Step 4: Hence show that $KECF$ is a parallelogram.