I've also looked at the definition of half spaces. I understand what a half space is. Most resources I've found do not explain the intuition behind the inequality, like the Wikipedia page , they simply provide the definition which is not easy not to understand.

How do you interpret the inequality?

The screenshots below come from the book Mathematical Foundations of Infinite-Dimensional Statistical Models.

It turns out that this form of isoperimetric inequality is more convenient to generalize: we can allow higher dimensions, Riemannian manifolds equipped with some geodesic distances other than $\mathbb{R}^2$, or other measures. For example, we can have

We can interpret isoperimetric inequalities from the perspective of concentration inequality: it answers that if you perturb a set with some ϵ in distance/metric, how large its size will (at least) change. In the context of probabilistic measures, the change of "size" becomes a probability.

We need the following lemma to have a better understanding of or to prove Gaussian isoperimetric inequality:

where $\gamma_n$ is the standard Gaussian measure on $\mathbb{R}^n$. One can verify the claim via doing simulation for, say $n=1$, by projecting points uniformly distributed on $\sqrt{m}S^{m+1}$ onto $\mathbb{R}^1$. If in Python:

And you may see the projected distribution is visually close to the normal distribution when $m$ grows large: 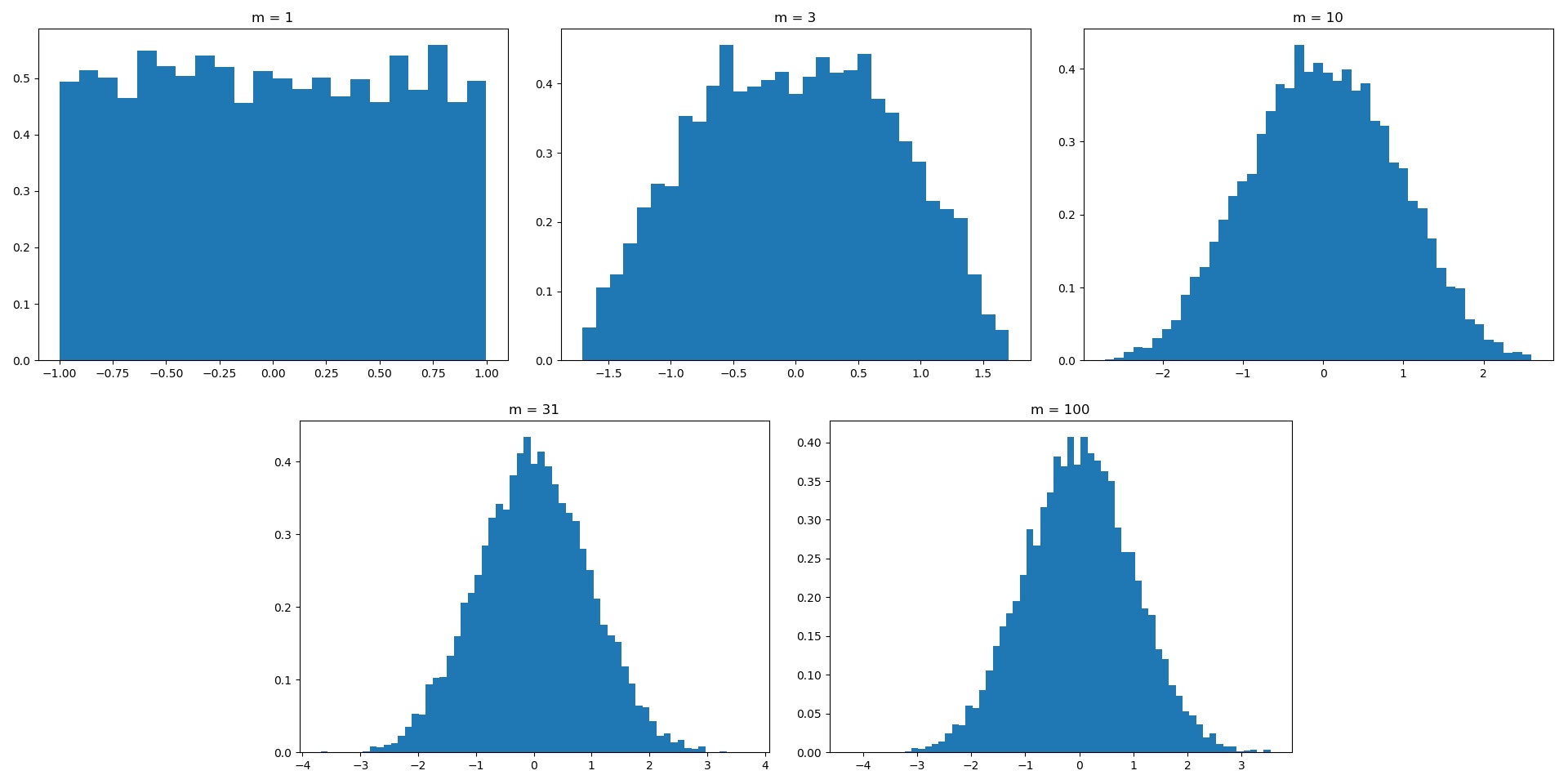 Not the answer you're looking for? Browse other questions tagged measure-theory inequality or ask your own question.