As an example: We have a vector with length 1001 and then compress it using the Mexican Hat Wavelet. As a result we get the following power spectrum plot: 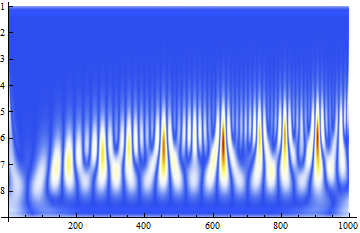 Then using this tool we obtain the same power spectrum, but with the COI added (cross-hatched region on plot $b$). 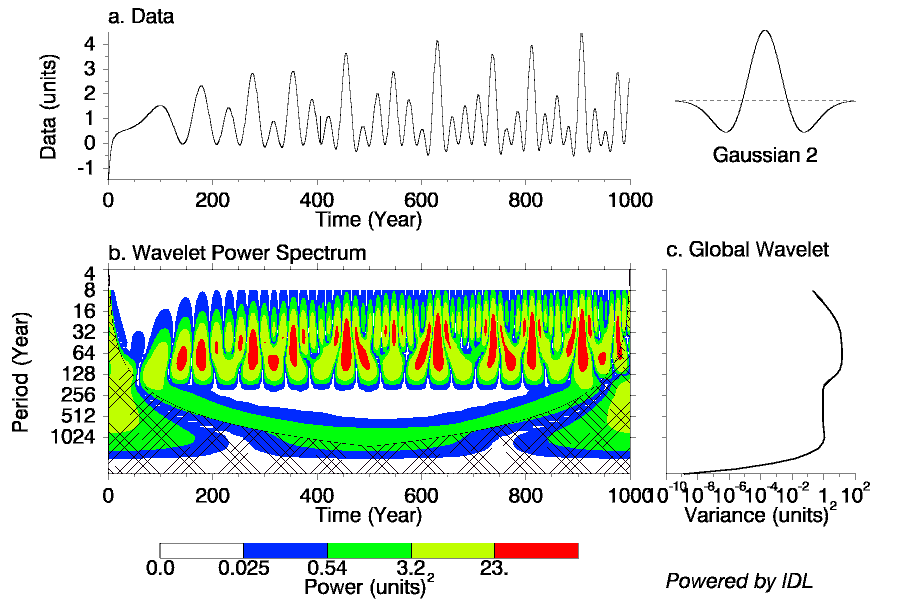 The question is how can I ... describe the COI so I can easily add it to my plots given the e-folding time for the Mexican Hat Wavelet which is $\sqrt{2}s$. In other words: Are there any equations/inequalities that model the COI ?

Mallat and Hwang provide a succint definition for the cone of influence of a wavelet in their 1992 seminal paper: Singularity Detection and Processing with Wavelets

The definition found in section V-B is as follows:

Tangentially, but important for the quantification of singularities, note that the paper follows with a relevant statement: This cone is not generally sufficient to characterize the neighbourhood of $x_0$:

In order to characterize the regularity of $f(x)$ at a point $x_0$, one might think that it is sufficient to measure the decay of the wavelet transform within the cone of influence of $x_0$. Theorem 2 proves that this is wrong in general and that one must also measure the decay of the wavelet transform below this cone of influence. This is due to oscillations that can create a singularity at $x_0$.

This said, we can use this cone if $f(x)$ doesn't oscillate "too much" around $x_0$ (the paper ellaborates on this as well).

Not the answer you're looking for? Browse other questions tagged signal-processing wavelets or ask your own question.

2
Need to learn wavelet, suggest steps and resources
4
Admissability of wavelets
2
Fourier transform of a sum of phase-varying Gabor wavelets
3
Power spectrum of field over an arbitrarily-shaped country
1
Properties of autocorrelation of a convolution