Can you please help me understand a part of this proof?

I don't understand the part that I underlined with red. Thanks. 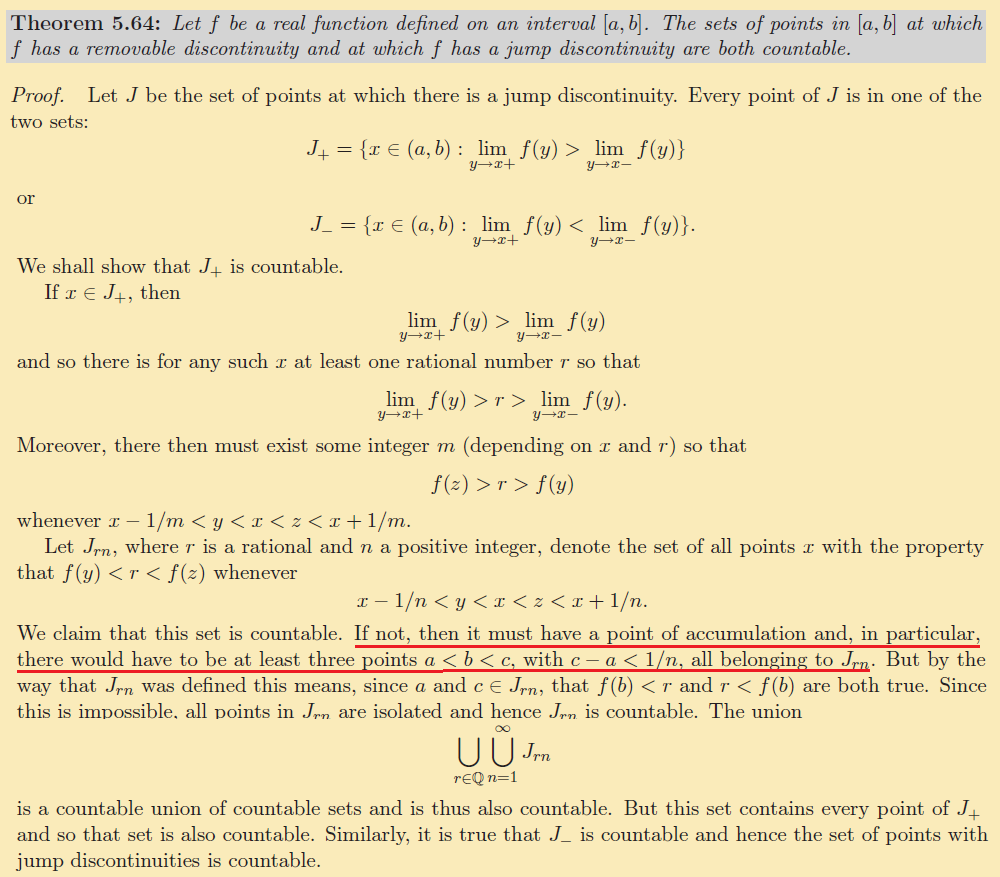 The author’s argument is very badly stated. In fact he means that if $J_{rn}$ is infinite, it must have an accumulation point (since it’s bounded). Take an open interval of length $\frac1n$ about that accumulation point: it contains infinitely many points of $J_{rn}$ and therefore certainly contains three points $a,b$, and $c$ such that $a<b<c$ and $c-a<\frac1n$. The author should not have used $a$ and $b$, here, however, since those already denote the endpoints of the interval on which $f$ is defined.

He could in fact have avoided accumulation points altogether and shown directly that $J_{rn}$ is actually finite.

For some positive integer $m$ there are points $x_k$ for $k=0,\ldots,m$ such that

2
Help understand a step in a proof regarding Riemann-Stieltjes integral
2
Help to understand portion of a proof proving a function is integrable
1
Need help understanding part of a proof
2
A function discontinuous on a countably infinite set
4
Rudin's proof of Fatou's Lemma
0
Difficulties understanding a solution of a real analysis problem
0
Apostol Proof for Cantor Intersection Theorem
0
Rudin's proof of change of variables.