Straightedge-only construction of a perpendicular

There is a circle in the plane with a drawn diameter. Given a point inside the circle (not on the diameter or the circle), draw the perpendicular from the point to the diameter using only a straightedge.

Source: This question. It is about to be closed for containing too many problems in one question. I'm posting each problem separately.

Solution: Taking it as known that the perpendicular bisectors of a triangle are concurrent, and that this implies the concurrence of the altitudes of a triangle, our construction and proof are simple. 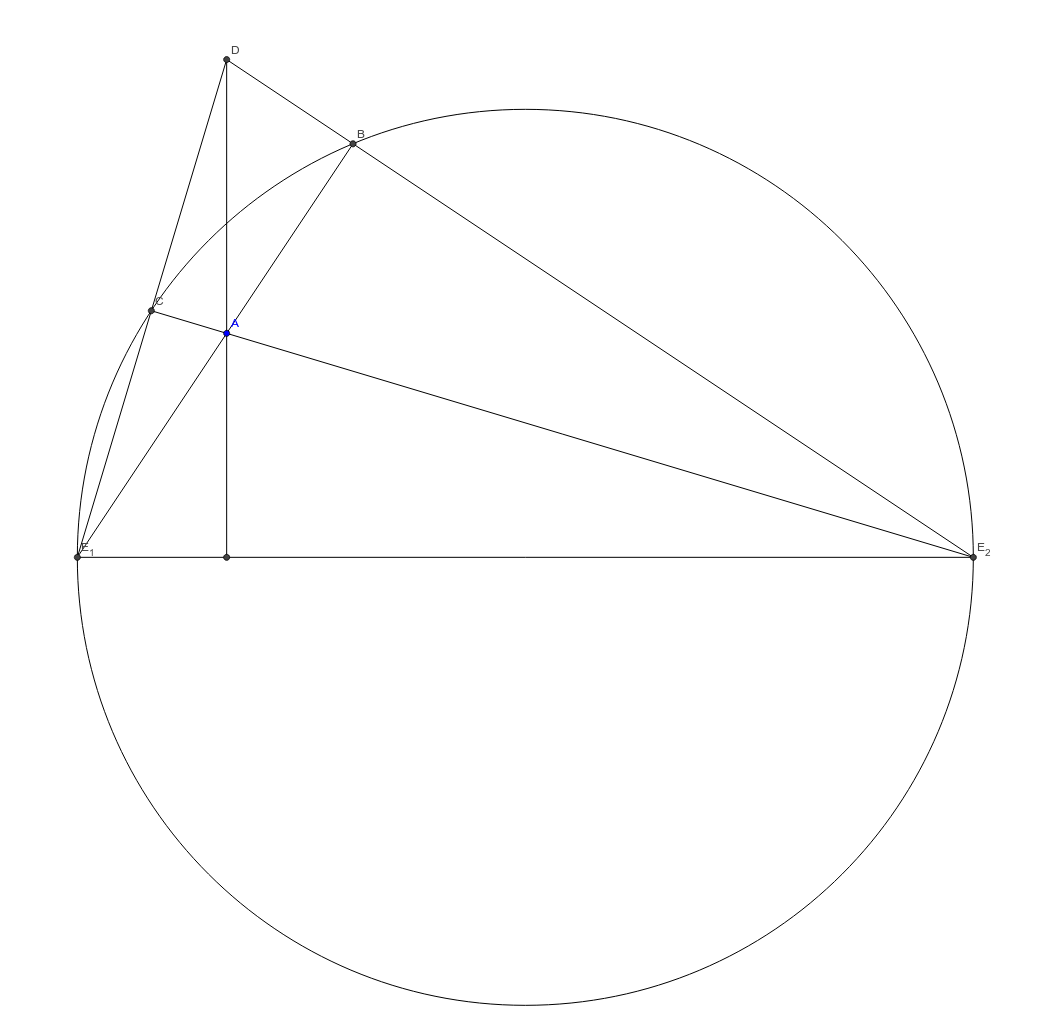 Not the answer you're looking for? Browse other questions tagged geometry euclidean-geometry contest-math or ask your own question.

43
Find $f(x)$ such that $f(f(x)) = x^2 - 2$
1
Straightedge-Only for Perpendicularity
1
Given a circle, its diameter and an external point, use a straightedge to draw a line through the point and perpendicular to the diameter
69
Inscribing square in circle in just seven compass-and-straightedge steps
3
Construction using a straight edge only
3
Straight Edge - Only Geometric Construction
2
Draw a Square Without a Compass, Only a Straightedge — Part Deux
0
Construction ruler and compass [logic]