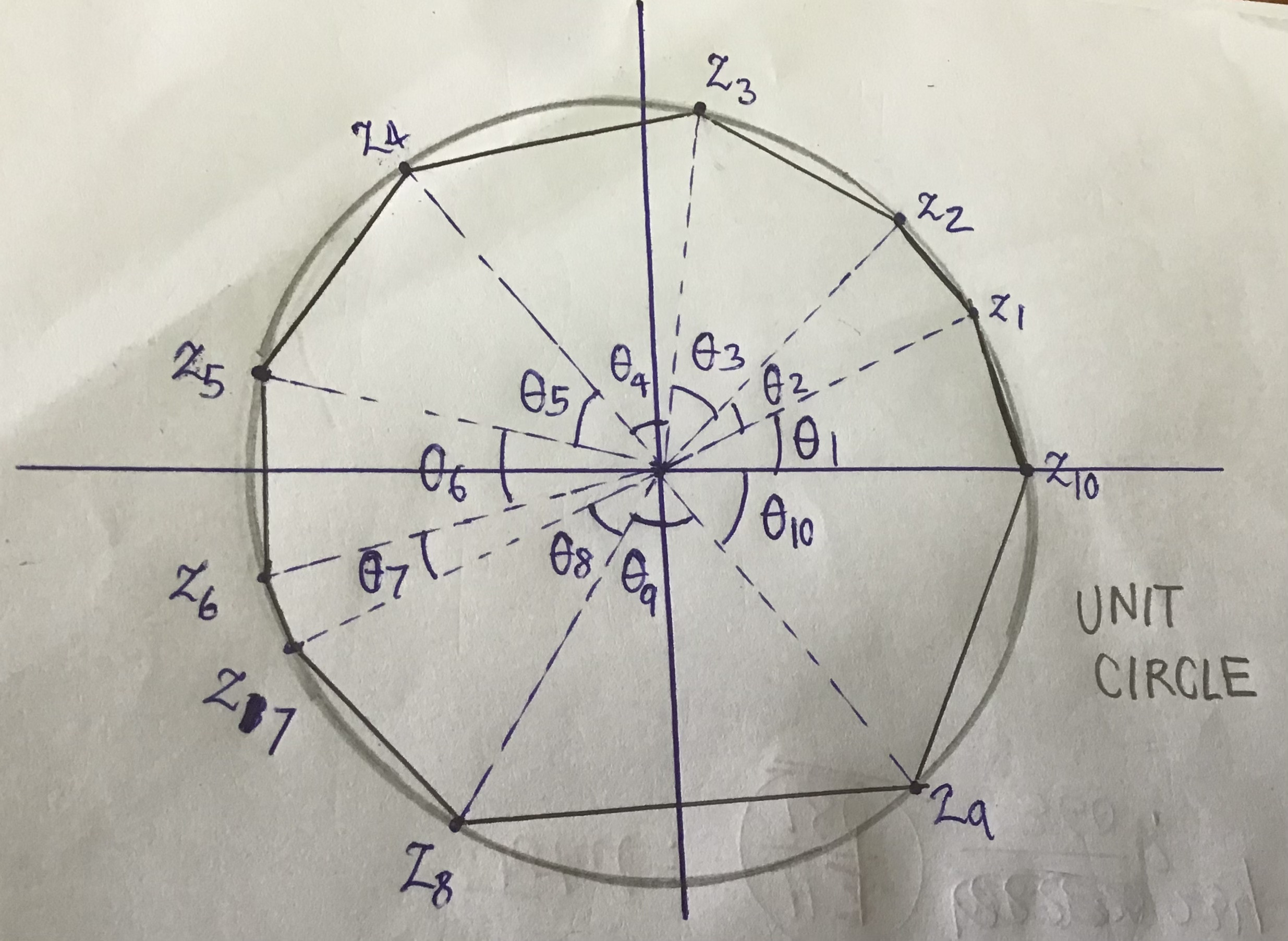 Now, statement P refers to just the perimeter of the polygon $z_1z_2…z_{10}z_1$, which is less than the circumference of the circle which is $2\pi$.

I’m a bit uncomfortable with the justification of Q. I think I can prove that the perimeter of a polygon is less than the circumference of its circumcircle (I haven’t attempted it yet)(#). This is a multiple choice question, so no extremely rigorous proofs are required.

Is it okay? How would you make the justification of Q rigorous? I’d also appreciate it if anyone could post an algebraic proof here.

I’m a bit uncomfortable with the justification of Q

Each side is smaller than the arc subtended, because the shortest distance between two points is the line segment between them.