"Orientation" of $\zeta$ zeroes on the critical line.

I am pretty ignorant about complex analysis so please forgive my lack of terminology.

(EDIT: Actually not in that sense; if the zeros were on the other side of the loops they would go from positive to negative but still have the same "orientation" inutitively. So I'm not as sure as I thought I was that I could formalize this)

A couple of obvious questions spring to mind:

1) Does this keep happening? The behavior going on at the beginning shows one way in which it might deviate from a spiral shape, where it seems to twist itself into the opposite orientation.

2) Is this interesting? Obviously this can only tell us anything about zeros on the critical line so it's not saying anything interesting for the big problem :) But a "yes" answer to this question might be something like: there is a more useful notion of "orientation of a zero" which looks at a whole neighborhood of the zero. Or: there are function where a similar restriction and analysis tells us something interesting about some structure the function possesses. 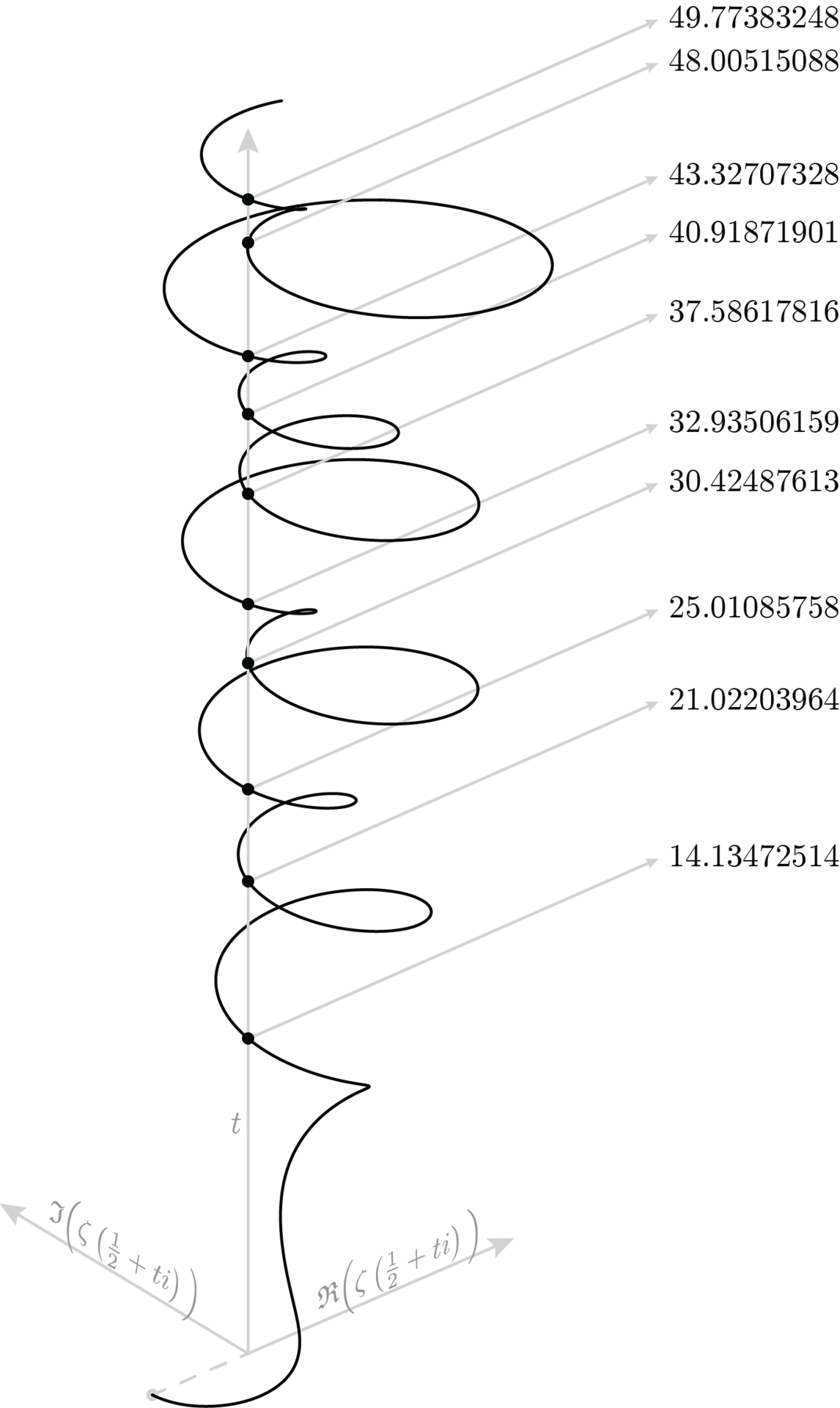 To see what happens for larger values you may try some online applets (with rather suggestive names) like Glen Pugh's 'Zeta Function Plotter' or the 'Critical Strip Explorer'. I'll concentrate on the second one which I know better...

Click on the lower left part and select 'Riemann zeta function'. This will give you the orbit of the critical line in $\mathbb{C}$ (i.e. the curve in your picture projected on its horizontal plane) more exactly the values of $\,\zeta\bigl(\frac 12+it\bigr)\;$ for $\,t$ restrained to the vertical interval $(y-R,y+R)$ (the left scrollbar allows to modify $R$, note that it may be necessary to increase 'Terms' at the bottom for smoother interpolation). The scrollbar at the right allows to shift $y$ (your $t$) and the interval vertically. Keeping the mouse down on the 'up arrow' button will scroll the interval continuously.
('Riemann zeta 3D' shows the same curve but 'in perspective' as if you were, by increasing $t$, walking on the vertical line of your picture) 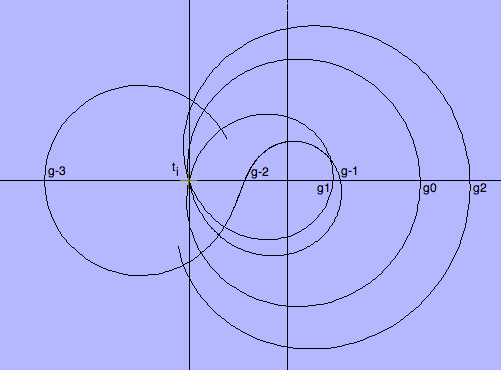 To learn more about these very interesting things an excellent reference is (as usual) Edwards' excellent Riemann's Zeta Function.

Not the answer you're looking for? Browse other questions tagged complex-analysis riemann-zeta or ask your own question.