This is a challenge problem that my AP Stat teacher can't solve, so I am hoping that I can find an answer here. I am aware that you could use a computer to run simulations to get an approximate, but I am looking for a more definitive answer.

The question is: Assume 2 points are placed in rectangle $ABCD$ at random. A line is drawn connecting said points. What is the probability that the midpoint of the line drawn falls in the circle with a diameter of $w$? 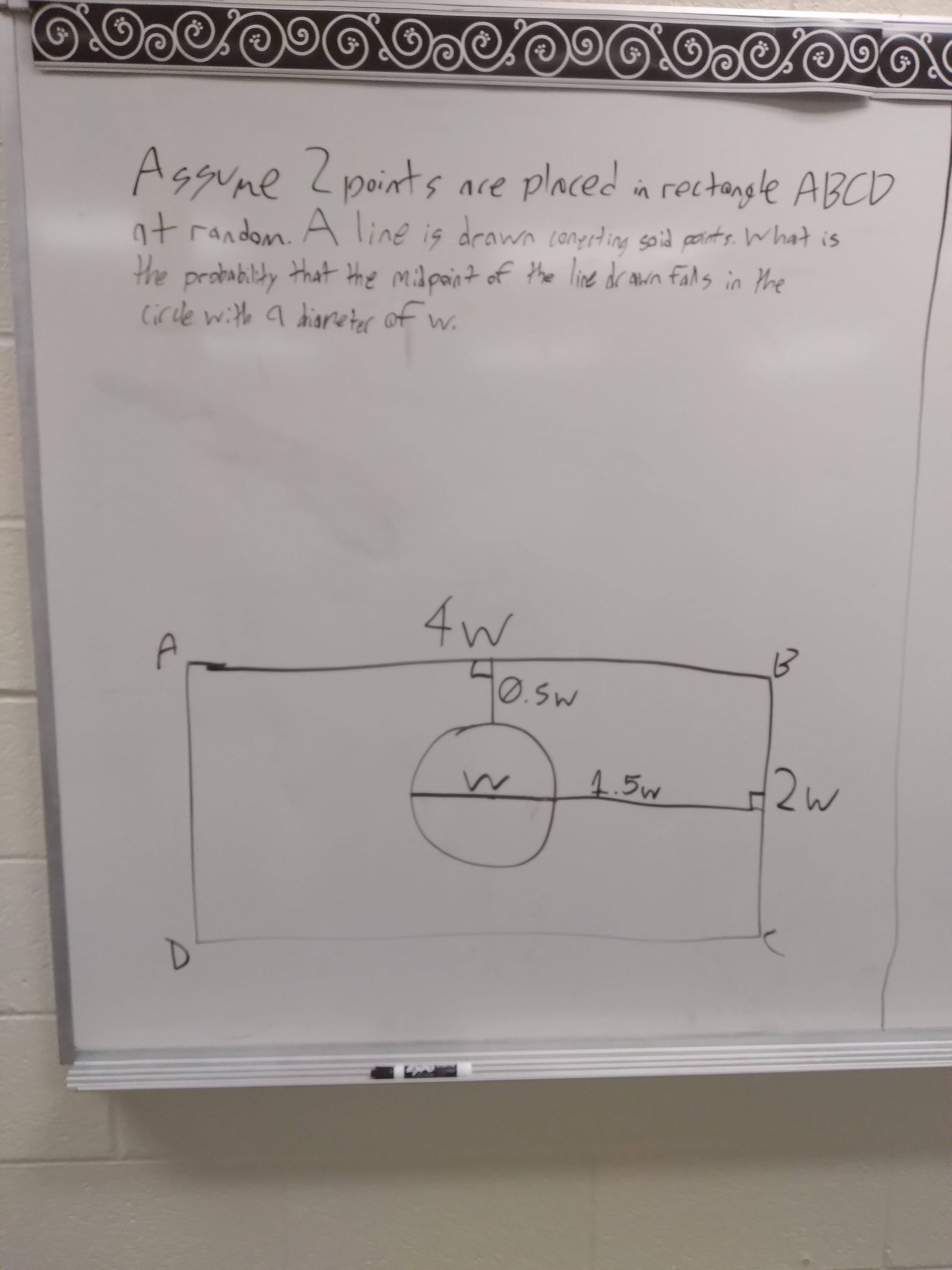 To simplify the problem, let's assume that $w = 1$ (since the probability is preserved by scaling the figure) and that the figure is centered at the origin. To make it more precise:

Not the answer you're looking for? Browse other questions tagged probability geometric-probability or ask your own question.