Proving that out of all the possible n-gons that exist in the unit circle, the one with the maximum possible perimeter is the regular $n$-gon.

So in the context of my Convex Analysis studies, I have come across this problem:

My geometric intuition is not good, and I cannot figure out how to do this using the tools from Convex Analysis. Any help would be greatly appreciated.

Unfortunately I do not know Convex Analysis too well, but here is one possible answer using Jensen's inequality. Each one of the sides of a polygon must be a chord of the circle, and each chord has an angle which corresponds to it. 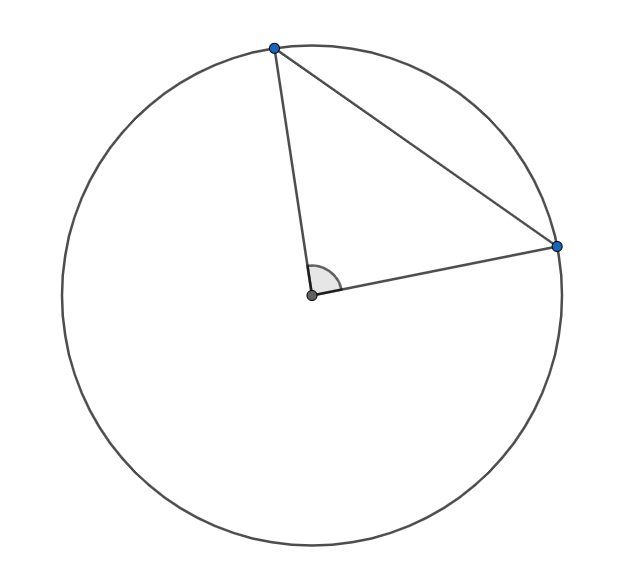 EDIT: To prove that the length of the cord is $2 \sin(x/2)$ consider the following figure: 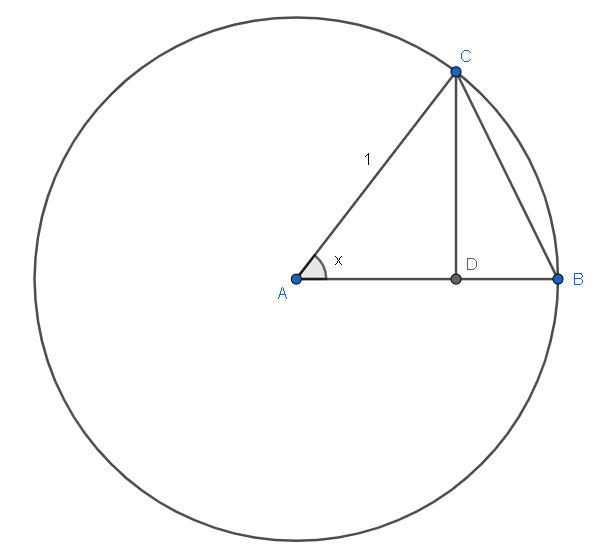 Where, given a circle of radius 1, we want to find the cord $CD$.

I can't really improve on @person's answer other than some convex stuff.

A little more work shows that $N''>0$ and so $N$ is strictly convex, hence the solution is unique.

Not the answer you're looking for? Browse other questions tagged calculus convex-analysis analytic-geometry or ask your own question.

5
Can series start with $-∞$?
16
How to understand convex duality intuitively
11
Dual of a rational convex polyhedral cone
1
Difference quotient inequality with convex functions
3
Proof involving Ramsey numbers
2
Proof of a specific Concave Function
3
The centroid of a set lies in its convex hull
2
What is the smallest regular $n+1$-gon that contains a regular $n$-gon with unit length sides?
11
Convexifying a Concave Polygon by Reflections