Point $C$ lies inside a given right angle and points $A$ and $B$ lie on its sides . Prove that the perimeter of $ \Delta ABC$ is grater than $2OC$

Point $C$ lies inside a given right angle and points $A$and$B$ lie on its sides . Prove that the perimeter of $\Delta ABC$ is grater than $2OC$ , where $O$ is the vertex of the right angle . The figure is shown below: 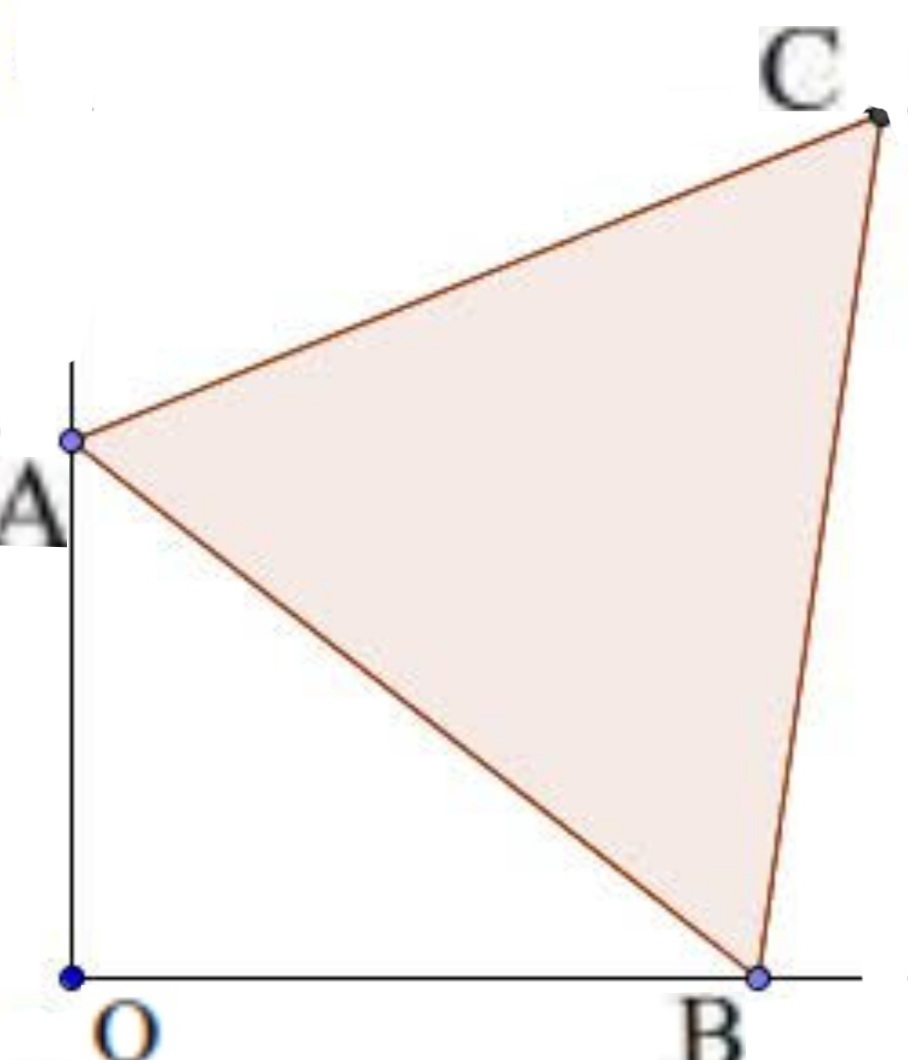 The solution given in the book is as follows :

You are reflecting point $C$ about $OA$ and $OB$. See the below diagram with angles marked. It should become clear why $C'C"$ is a straight line and equal to $2 OC$. 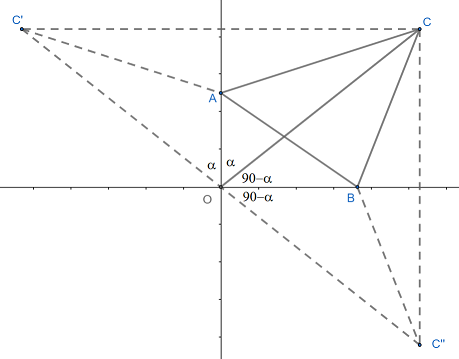