Show that the circumscribed circle passes through the middle of the segment determined by center of the incircle and the center of an excircle.

Show that the circumscribed circle for a triangle passes through the middle of the segment determined by the center of the incircle and the center of an excircle.

I found this Incenter and circumcenter of triangle ABC collinear with orthocenter of MNP, tangency points of incircle, but it was just tangentially helpful, and also everything about the Euler line and https://en.wikipedia.org/wiki/Incircle_and_excircles_of_a_triangle. Any help, please? 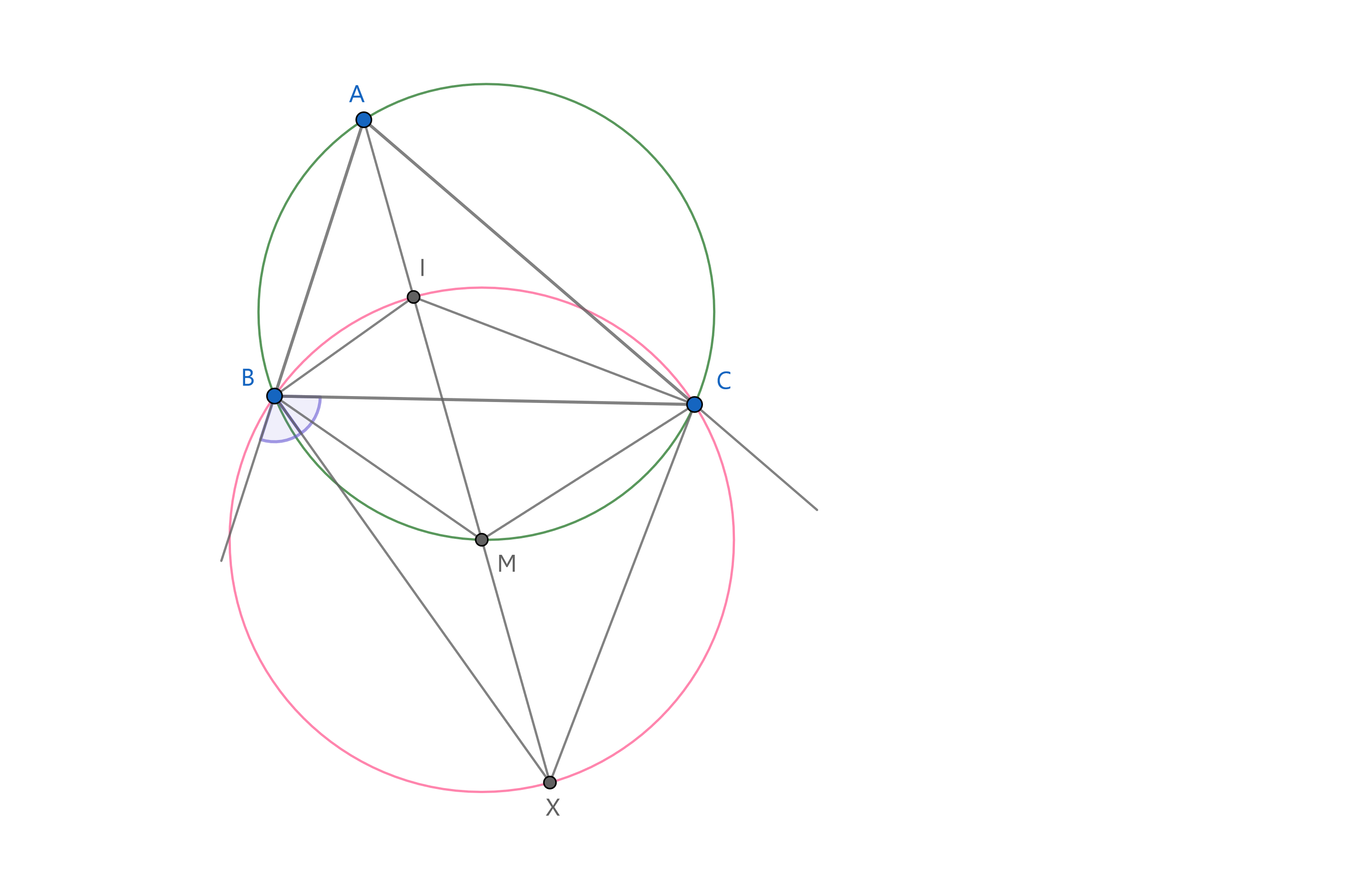 Let $I$ is incircle center, $O$ is circumscribed circle center, $X$ is center of excircle that is tangent to edge $AB$, $P$ is middle of $IX$ segment.

0
Incenter and circumcenter of triangle ABC collinear with orthocenter of MNP, tangency points of incircle

0
Gergonne Point of a triangle coinciding with other triangle centers
2
Prove that the centroid, circumcenter, incenter, and orthocenter are collinear in an isosceles triangle
1
Proove Line Circumscribed Circle; Incircle; Excircle
4
Midpoints, bisectors, orthocenter, incenter and circumcenter
0
Incenter and circumcenter of triangle ABC collinear with orthocenter of MNP, tangency points of incircle
1
Sum of the diameters of the incircle and excircle is congruent to the sum of the segments of the altitudes from the orthocenter to the vertices.
6
How to calculate the area of $\triangle ABC$ when the distance from $BC$ to the circumcircle at $G$ is 10?
2
Line segments intersecting at the nine-point center
2
What is the angle the measure of the angle formed by BC and the straight line that passes through the orthocenter and the circumcenter?
0
Show that the orthocenter of $ABC$ lies on $P'Q'$, where $P',Q',R'$ are the symmetric points of $M$ to this sides of the triangle,$M$ on circumscribed