Is there a constructive presentation of the Henstock-Kurzweil integral?

Treating the Riemann integral in a constructive setting is easy and straightforward. Treating the closely related but much more powerful Henstock-Kurzweil integral constructively is almost easy, except for the dependence on Cousin's lemma where every proof seems to involve the excluded middl.

Assume a constructive setting with set theory axioms strong enough to prove things like Bolzano-Weierstrass and the Heine-Borel theorem. Is there a way to patch things up so that you have a fully constructive presentation of the HK integral along with proof of uniqueness which essentially gives the HK integral in a classical setting? In particular, it should have a constructive proof of the theorem that every derivative is integrable without the assumption that the derivative is continuous.

One approach would be to try to restrict the choice of gauge in a way that preserves most of the power. Under a fairly general set of assumptions the gauge can be chosen to be Baire 2, and so one possible approach could be to require gauges to be Baire functions and prove Cousin's lemma only for Baire functions, which definitely looks less hopeless than proving the full Cousins lemma constructively.

When searching I have only seen slides talking about the reverse mathematics of Cousins lemma, but those seem to consider systems of logic that are of interest but quite a bit much more restricted than set theory.

What we have here is a very peculiar historical situation.

He was of the old school that believed in constructive definitions. Adamantly. He used two constructive extensions of the Lebesgue integral to push it one step further. Then he repeated them. Again and again. He proved that in a countable number of these extensions he could integrate all derivatives, constructively! He needed a transfinite sequence of such constructions and showed that, to handle all derivatives required all of the countable ordinals up to the first uncountable one.

A German mathematician named Perron defined an equivalent integral by a fairly simple process. Denjoy blasted that ferociously as not all constructive. It was a furious polemic which I might quote here later if I can find it.

Even so for many years that integral acquired the name Denjoy-Perron. I can imagine what Denjoy thought of that.

In the 1960s a Russian mathematician named Tolstov gave another equivalent definition for Denjoy's integral. Nobody rushed, fortunately, to call it the Tolstov integral or the Denjoy-Perron-Tolstov integral, since that would have been silly.

Then, in the 1950s an Irish mathematician and a Czech mathematician discovered yet another nonconstructive characterization of the Denjoy integral. For some reason when the world recovered from the astonishing fact that a seemingly trivial adjustment to the Riemann integral would produce this integral of Denjoy, they seemed to forget their history.

Far too many people now seem to have never heard of Denjoy and proclaim that this old integral should be called the Henstock-Kurzweil integral. Then a natural question arises. Since the HK-integral [sic] depends on a nonconstructible gauge is there any constructive way of capturing that integral.

Astonishing question! Ask Denjoy. I can only imagine what he would say in his colorful French way. 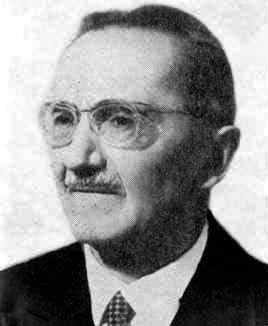