Nobody ever writes $$\sqrt[\sqrt{2^3}]2$$ even though its meaning is clear. Partly this is because it would have been difficult to typeset with old-fashioned metal type, so there is a tradition of expressing this differently. And partly it is because it looks bad.

Towers of exponents have been standard for ages. Cajori, in his book History of mathematical notations, §313, tells the story. He reproduces an image from a book by Waring published in 1785: 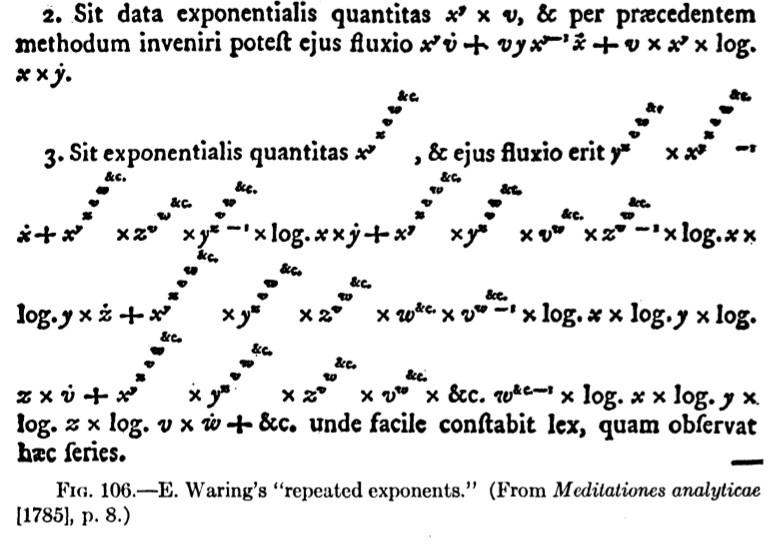 3
Prime notation for derivatives
19
How is it that treating Leibniz notation as a fraction is fundamentally incorrect but at the same time useful?
1
Unfamiliar notation. (actuarial science)
8
Why do we assume principal root for the notation $\sqrt{}$
2
What would be the correct notation of antilogarithm if I would also like to specify the base?
2
What's the meaning of a $d$ with a stroke when using Leibniz notation?
0
Math notation, conditional sum
3
Bracket notation convention and accepted use