I'm trying to analyze different variants of the classic Nim rules, and this set of rules is stumping me a little bit.

I'm trying to solve for $k$ the question: which player (first to play or second to play) has a winning strategy.

I have written a recursive algorithm that is basically brute-force enumeration of all the possible moves in a game:

Obviously, this is not optimal, and I've been trying to find a systematic way to find the player with winning strategy from the number k.

There is a pattern: (k growing left to right, then top to bottom, color = first or second player wins) 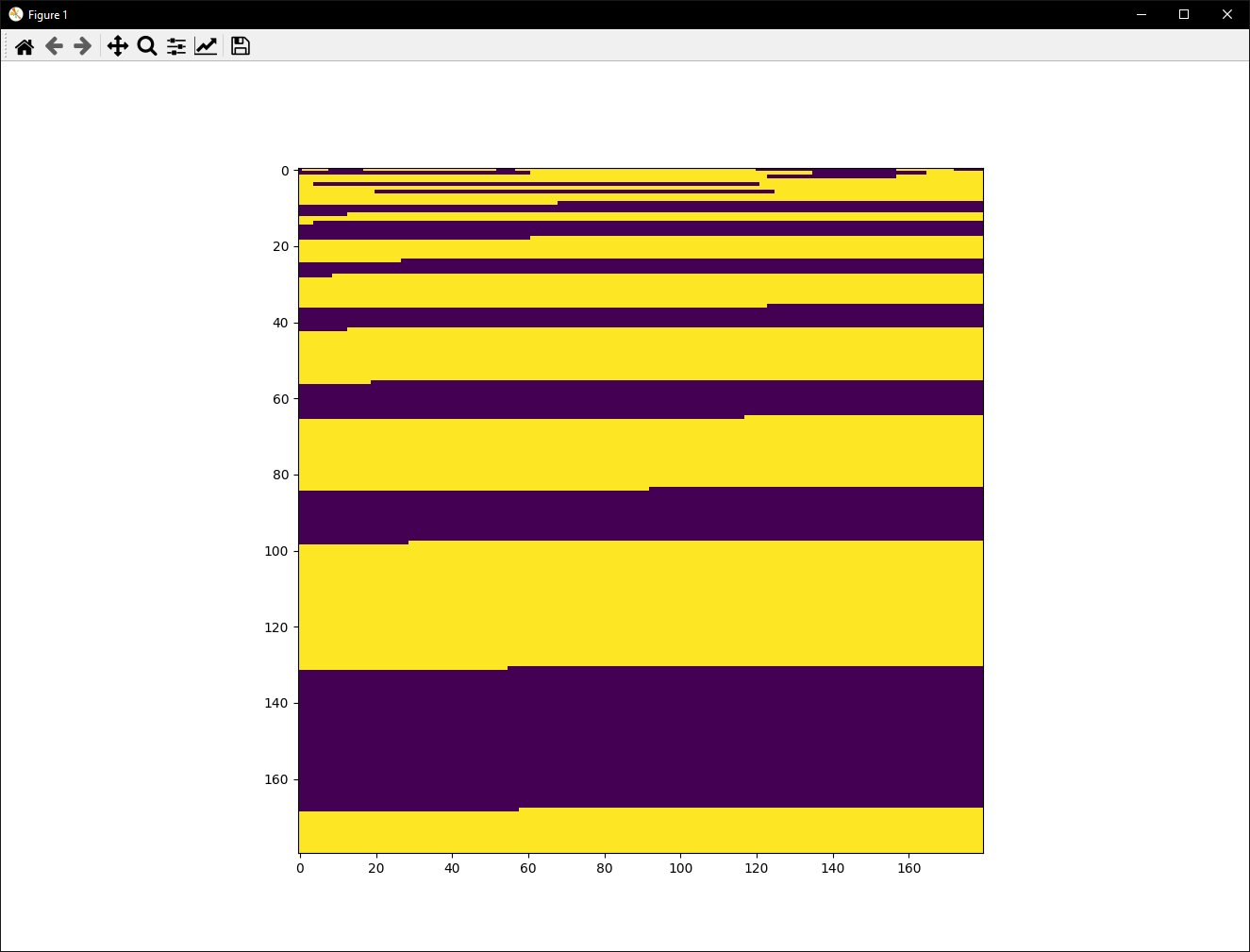 It is still brute force, but you can be much more efficient about it than that code. Instead of thinking of heap sizes as "first player win/second player win", think of them instead as "current player win/current player loss". You start identifying winning vs losing positions from the bottom, and remember them, so you don't have to keep redoing those calculations. Winning positions come in ranges, and losing positions come in ranges. Because of the rules of play here, those ranges can be identified in mass rather than one at a time (using $\langle a,b\rangle$ to denote the integers from $a$ to $b$):

If $\langle a,b\rangle$ is a loss range, then $\langle na+1, n(b+1)\rangle$ will be a win range, where $n=2,3,$ or $7$, because the player can convert the heap size to the loss range to pass on to the other player. So for each loss range, you calculate the three win ranges and add them to your list. Anything between win ranges is another loss range.

Because of these overlaps and the odd interplay of the three multipliers, it would be very unlikely to have a nice formula. But finding winning and losing ranges as above is a lot faster than how you were doing it.

Not the answer you're looking for? Browse other questions tagged combinatorial-game-theory or ask your own question.